(You’ll be like Charlie Chan, unraveling the mysteries of life…)

That’s what most people ask when someone says they should do something.  (Like start reading the Bible or going to church.)  So I’ll try to spell out “what’s in it for you.”

But speaking of basics:

Here’s the basic message of the Bible:  1) Learn all you can about the Force that Created the Universe (work to become one with “Him”),  and 2) Try the best you can to get along with your “neighbors.”  (“Acquire knowledge and show love.”)

That’s a summary of Matthew 22, verses 36 to 40, discussed below.  Basically it says your goal is to dissolve the sense of separation most of us have.  We try to one-up either God, our “competition,” nature in general, or some combination thereof.  (Any or all of which can lead to today’s sense of alienation:  That sense of emotional isolation, of “being an outsider…”)

Now a word or two about the process.

By that process you will be transformed.  You’ll still have your “fair share of human faults.”  But through the “marvelous alchemy of the spiritual journey,” that “base metal” – of you and your human faults – will be “transmuted into gold.”  (Metaphorically but meaningfully…)

For another look at the basics of the Bible, you might want to check The basics of Christian beliefs.  (Or keep it for future reference.) That link provides a concise, unbiased summary by the British Broadcasting Company.  (Meaning they don’t have a hidden agenda or a desire to convert you to their particular “brand of magic.”)

And another thing:  Some people get the idea that once you give your life to Jesus everything will be hunky-dory.  That you’ll have nothing but smooth sailing from that point on in your life.  But the thing to remember is that – as it says in John 6:37 – you’ll be starting a walk toward Jesus.

In other words, you’ll be starting an interactive process, a journey.  In that journey the quantity and quality of your spiritual progress is entirely up to you.  Or put another way, “getting good stuff from God should be at least as hard as shooting the head off a matchstick.”

Which brings us back to what’s in it for you… 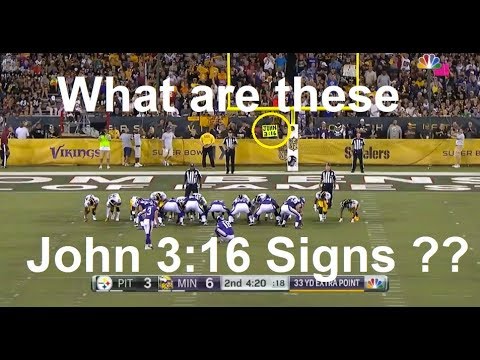 Most evangelists start their Bible spiel with John 3:16, as in the image at left. But I prefer the promise of John 6:37. It’s more personal. John 3:16 is “one of the most widely quoted verses” in the Christian Bible.” It’s been called the most famous Bible verse of all time. It’s also been called the “Gospel in a nutshell,” because it’s considered a summary of the central theme of traditional Christianity. (See Wikipedia.)

And most people know John 3:16 from some guy carrying a sign at a football or baseball game: “God so loved the world that He gave His only begotten Son, so that all who believed in Him should not perish, but have everlasting life.” That’s a nice general sentiment, but doesn’t answer the central question, “what’s in it for me?” That’s where John 6:37 comes in. To me, that’s the key passage in the Bible. The second part of John 6:37 answers the basic question: “What’s in it for me?”

Note too that John 6:37 is the first of the Three Great Promises of Jesus.

The First Great Promise is that Jesus will never turn away anyone who comes Him.  That promise alone is far different than the idea – largely promoted by Christians who should know better – that Christianity is some kind of exclusive club, “for members only.”

That brings up the second Great Promise of Jesus:  That He wants His followers to lead a life of abundance, and especially of spiritual abundance.  As John 10:10 says – in The Living Bible translation – “My purpose is to give life in all its fullness.”

This too conflicts with the idea – again, promoted by many who should know better – that following the Bible means having to fit your life into some spiritual straitjacket.  But a main theme of this blog is that the Faith offers a set of spiritual wings.  Wings that can take you places that you’ve never dreamed of.  (See Isaiah 40:31; “Those who hope in the LORD will renew their strength.  They will soar on wings like eagles…”)

That brings us to the third Great Promise of Jesus.  It’s the most under-rated and under-appreciated verse in the Bible:  “Very truly, I tell you, the one who believes in me will also do the works that I do and, in fact, will do greater works than these, because I am going to the Father.”  (John 14:12, emphasis added.  See also On the Gospel for May 18.)

On that note, consider the post DORs for July 20, which asked the musical question:

(Emphasis added.  Or use the Search-box above right and type in “sing Lord new song.”)

The point is that by reading the Bible on a regular basis, you will be better trained to sing your own unique song to the Lord.  (You won’t be singing a stale, rehashed “golden oldie.”) 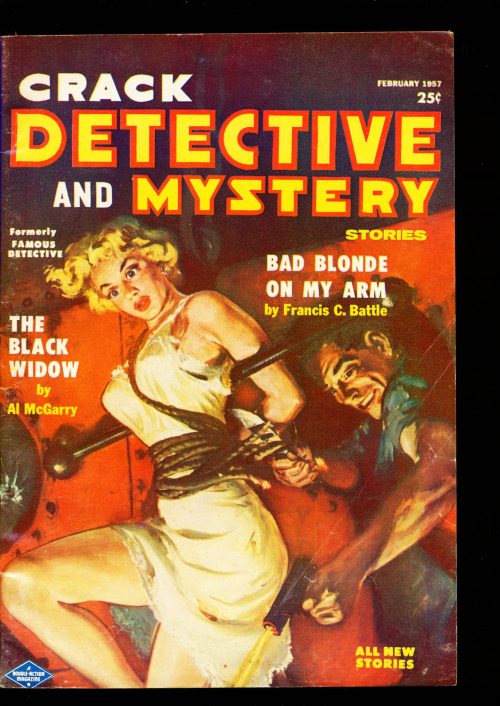 In turn you might summarize all this by saying this: When you start reading the Bible on a regular basis, you will become your own personal sleuth. (Not unlike Charlie Chan, as shown above, or a “crack detective.) Your life can become fascinating “detective novel,” where you pick up clues to solve “the mystery of your life,” within the pages of the Bible.

Those clues – hidden in the vast unexplored continent that is the Bible – can give you the power to decode your own unique script, as it was written “before the beginning of time.”

The problem is that the Bible is – to most of us – both vast and overwhelming.  Aside from that, it’s not just one book but a library of 66 separate books.  (39 in the Old Testament and 27 in the New Testament.)   How can we ever hope to make sense of it?  That’s where Jesus did us a big favor, boiling down the message of the whole Bible into “Cliff Note summary:”

In other words, if you come across a Bible passage that seems inconsistent with this short summary, tread carefully and do more research.   (And remember “context.”)  But the basic idea in Matthew 22 (36-40) is that you should try all your life to love, experience and get to know “God” with all you have, and to the extent possible, try to live at peace with your neighbors.

That’s what this blog is all about.

That sound was a Southern Baptist going “clunk!”

The upper image of Charlie Chan is courtesy of amazon.com/Charlie-Collection-Honolulu-Treasure.  See also Some Bible basics from Vince Lombardi and Charlie Chan, which included the Home-page quote, “Mind like parachute.  Work best when open.”

Re:  “By that process you will be transformed.”  A biographer once described Thomas Merton as an ordinary man with more than a fair share of human faults, but that it was just such “base metal which, in the marvelous alchemy of the spiritual journey, became transmuted into gold.”  (See Monica Furlong’s Merton  A Biography, Harper and Row (1980), at page xx.)

The biographer then wrote of Merton’s interview with Chatral Rimpoche on meditation, and how difficult it was to reach perfect emptiness:  “He said he had meditated in solitude for thirty years or more and had not attained to perfect emptiness and I said I hadn’t either.”   (Id, at page 326.) Thus the questions:  Did that failure mean this Eastern guru was a hypocrite?  Or does it simply mean if we were to ask how long we must continue to read and study the Bible – in an effort to become a “child of God” – we would be told, “Until the day you die.”

The John 10:10 image is courtesy of Bible Verse Images – Renewed Strength.  (As to the number of books in the Bible, see sites like About the Bible • Christian Answers.)

For more on the “members only” misapprehension, see Reflections on Volume 3 – Part II and St. Mark’s “Cinderella story.”

The lower image is courtesy of Julian Of Norwich Mystic Image – Image Results. It is accompanied with a reference to the film Julian of Norwich England’s Mystic Revelations of Divine Love:

Saint Julian of Norwich is an early Saint of England, most famous for her book ‘The Revelations of Divine Love.’ She lived her life in solitude as a hermit in Norwich, in a small dwelling attached to the church of Saint Julian… In this film Saint Julian tells us her journey in her own words, capturing the very essence of her spirituality, her love of God and the Church and 13th century England … in a film that is both inspiring and moving and especially looks at the profound love of Christ…

See also a previous post, On a dame and a mystic, which noted that  May 8 is the Feast Day for Dame Julian of Norwich, shown in that lower image. The post noted that Dame Julian was “regarded as an important early Christian mystic,”  then added, “That clunk you heard was a Southern Baptist having apoplexy over the word ‘mystic.’”

That post and others noted that the words “mystic” or “mysticism” seem to throw some Christians into a fit of apoplexy, then advised, “Try it on a Southern Baptist sometime!”  But see also the Book of Common Prayer, which says that by sharing Holy Communion we are assured “that we are very members incorporate in the mystical body of thy Son…” See Holy Eucharist:  Rite One, at page 339. Those interested may also check Christian mysticism – Wikipedia.

As noted elsewhere in this blog, the church and/or Bible-faith experience usually includes both a “corporate” or business side, and also a “mystical” side that often seems overlooked if not forbidden. It is that mystical side this blog hopes to explore further…