The other night I watched The Bible’s Buried Secrets.  That was the NOVA program that aired on PBS in 2008, and explored the historicity of the Bible.  In other words, it explored whether the Bible was “factually accurate,” or history as we understand it.  According to Wikipedia:

The producers surveyed the evidence and [took] positions that are mainstream among archaeologists and historians, although they continue to raise objections among both Christians who believe in the bible as either literal or historical truth and minimalists who assert that the Bible has no historical validation.

Which I thought missed the whole point.

That is, among other findings the program said there was “no archaeological evidence to corroborate the stories of Adam and Eve, Noah’s flood and Abraham.”  That finding led the conservative American Family Association – promoting “fundamentalist Christian values” – to issue an “online petition urging Congress to cut off federal funding for PBS.”  The petition said that “PBS is knowingly choosing to insult and attack Christianity by airing a program that declares the Bible ‘isn’t true and a bunch of stories that never happened.’”

Which I thought – again – misses the whole point of the Christian faith. My theory is that you can’t “prove” the Bible-faith by scientific or courtroom evidence.  You prove the validity of that faith by your own experience walking with and/or working with God.  Like the man with the legion (demons), as told in Mark 5 (18-20):

As Jesus was getting into the boat, the man who had been demon-possessed begged to go with him.   Jesus did not let him, but said, “Go home to your own people and tell them how much the Lord has done for you…”   So the man went away and began to tell in the Decapolis how much Jesus had done for him.  And all the people were amazed.

In other words, the demon-possessed man could care less if archaeologists found Noah’s Ark in Turkey, or whether there was “archaeological evidence to corroborate the stories of Adam and Eve, Noah’s flood and Abraham.”  He cared about what Jesus did for him.  Or as it says in Psalm 66:16:  “Come and listen, all you who fear God, and I will tell you what he has done for me.”

Getting back to the Gerasene demoniac, the man with “legion” told people in the Decapolis how much Jesus had done for him “and all the people were amazed.”  And – no doubt – many of them tried out this “new faith” for themselves.  Or as applied today – when few of us seem so possessed – we start by reading the Bible and applying it to our lives, then “proceed on:”

[Like the Bible, e]very martial art – judo, kendo, aikido, etc. – has its own forms, actions, procedure.  Beginners must learn the kata and assimilate and use them.  Later, they begin to create out of them, in the way specific to each art. 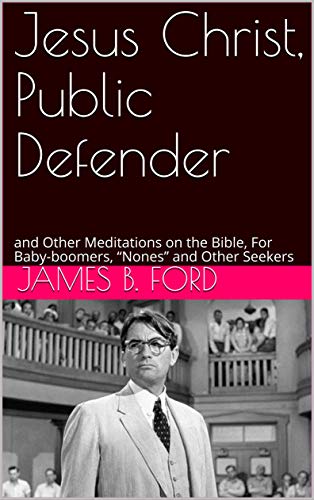 That’s a thought from my e-book “Jesus Christ, Public Defender.”  Near the end of Chapter 8, I wrote about the early years, when I’d just started daily Bible readings and applying them to my own life.  (And in particular to my own “obsession,” college football.)

“In the process, something seemed to happen that may be like what happens to a student of an eastern martial art.”  I also noted that maybe the Bible student – like a good karate student – first struggles to learn the basics, and then – after he learns the fundamentals – he can start to use them in his daily life:

Finally, after the student has been at it long enough, he can begin to “create” out of those Bible readings, and in the process create something new out of something very old, or as the Bible says, “sing to the Lord a new song.”  As time passes the student can “create” something new, giving a new meaning to the “old” Bible message…

The result could well be a “new song to the Lord,” as illustrated and updated in the student’s own life.  And incidentally, that theme of singing a new song to the Lord – and not just another stale, old “conservative” or literalist rehash – is repeated again and again in the Bible.  Like in Isaiah 42:10, and Psalm 96:1, Psalm 98:1, and Psalm 144:9.

So what’s all this about a “better way to spread the Gospel?”  We can start with one basic assumption and one big question, two points common to all the world’s religions.

The basic assumption is:  “You’ve been given a gift.”  The big question is:  “What are you going to do with it?”  You can say you’ve been given the gift of “salvation through Christ,” which basically means that you’ve gotten the gift of a “new”  bridge to God.  Or for that matter you can say you’ve been “gifted” the road to a more spiritual life, through Islam, Buddhism or one of many other spiritual paths.  (Though I believe all those others will eventually “lead you to Christ…”)

Or you can just say that you’ve been given the gift of life, by whoever or whatever gave that gift to you.  (Possibly even some generic Higher Power.)

But the big question remains:  What are you going to do with that gift?  Or in Christian terms, “How are you going to help spread the Gospel?”  (The Good News or “the message of salvation, justification [illustrated by Luther’s rose, at right], and sanctification.”)  That’s the question raised by the Great Commission, as detailed notably in Matthew 28:16–20:

And Jesus came and said to them, “All authority in heaven and on earth has been given to me.  Go therefore and make disciples of all nations, baptizing them in the name of the Father and of the Son and of the Holy Spirit,  and teaching them to obey everything that I have commanded you.

Of course one method – so favored by conservatives – is to browbeat people, telling them that they’re going to hell if they don’t listen to you.  Or you can become a parrot, spouting out random Bible verses, generally full of hell and damnation, fire and brimstone.

Or you can be “like Mike.”  You can be the kind of person other people want to emulate.  You can lead the kind of life that makes people look at what you’ve accomplished, and say, “That’s what I want!  I want what he’s got!”  Or done, or accomplished.  In other words, you – “like Mike” – could be a walking advertisement for the kind of Bible faith that potential converts want to imitate.  (See 1st Corinthians 11:1, “Be imitators of me, as I am of Christ.”)

Like – for example – my being 67 years old and keeping fit by stair-stepping an hour at a time, wearing a 25-pound weight vest and 10 pounds of ankle weights.  Or having a series of “adventures in old age,” like Mike.  Or like successfully hiking the Chilkoot Trail (“meanest 33 miles in history”), or canoeing 440 miles down the Yukon river (in 12 days), or canoeing 12 miles out into the Gulf of Mexico, primitive camping for eight days on offshore islands (and an occasional salt marsh), or hiking and biking 450 miles on the Camino de Santiago in Spain.

As detailed in the notes, and which incidentally will be the focus of my next blog post… 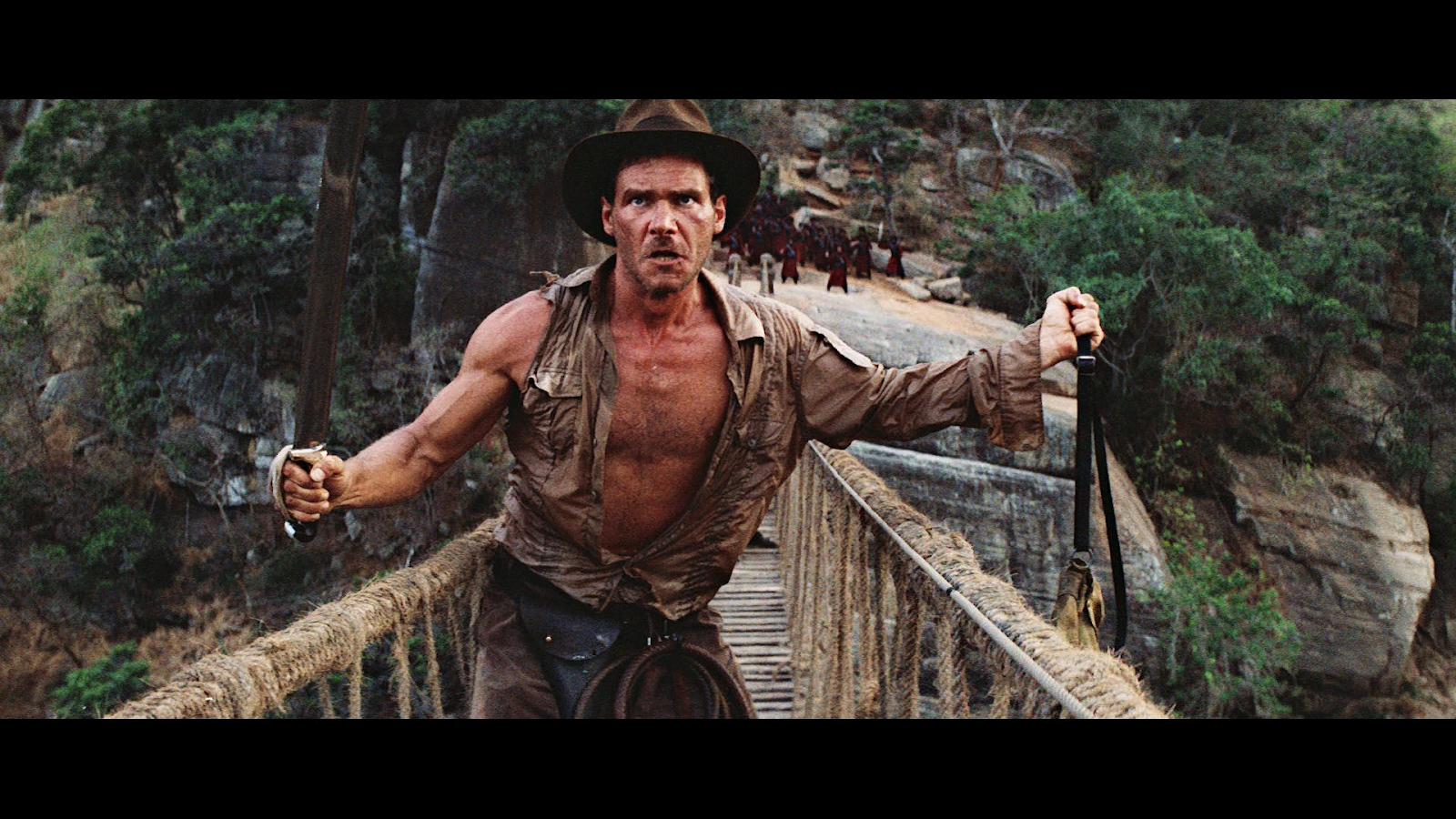 The upper image is courtesy of I Want To Be Like Mike – Image Results.

Re:  “Be like Mike.”  See Be Like Mike – Wikipedia, about the “Gatorade commercial featuring American professional basketball player Michael Jordan that originally aired in 1992.”   See also “I Want to Be like Mike” – Josh.org:  “A MAJOR SPORTS-drink company once ran an ad campaign encouraging people to ‘be like Mike,’ as in NBA basketball legend Michael Jordan. The phrase, ‘I want to be like Mike’ was everywhere.  Kids said it.  Adults sang it.”

The “buried secrets” image is courtesy of Amazon.com: NOVA: The Bible’s Buried Secrets.

Re:  The Bible’s “historicity.”  See Asimov’s Guide to the Bible: Two Volumes in One, which noted, “The Bible is not a history book in modern sense, of course, since its writers lacked the benefit of modern archaeological techniques, did not have our concept of dating and documentation, and had different standards of what was and was not significant in history.”  (Avenel Books edition, 1981, page 7.)  Of course Asimov is “probably going to hell too…”  (Kidding!  See Deuteronomy 19:16-19.)

Re:  “Insult and attack Christianity.”  I’d respond that the PBS Nova program didn’t insult my Christianity.  Or as I’ve said before: “It was never ‘contrary to Scripture’ that the earth revolved around the sun.  It was only contrary to a narrow-minded, pigheaded, too-literal reading of Scripture.”  See “There’s no such thing as a ‘conservative Christian.”

Re: “Proceed on.”  The link is to “We proceeded on” : Lewis & Clark – oi – Oxford Index Home.  It spoke of a concluding chapter in a book about the Lewis and Clark Expedition:  “This concluding chapter presents the perspective of a documentary filmmaker who traveled the entire length of the Lewis and Clark trail.  It looks at the inspiration he derived from the unofficial motto of the expedition—’We proceeded on.’—and observes that the phrase is frequently used in the Journals.”

Re:  “Come and listen, all you who fear God…”  Note that in the Revised Standard Version of the Psalter in the Book of Common Prayer, the verse is 66:14.

Re:  “Jesus Christ, Public Defender.”  Available at Amazon.com: Kindle eBooks.  Just type in the title and look for the 4th Edition, with Gregory Peck as Atticus Finch on the cover.

Also re: the Nova program The Bible’s Buried Secrets.  See Wikipedia, which noted what the Biblical Archaeology Review wrote: “The producers have done a magnificent job summarizing over a century of biblical archaeology and biblical scholarship in two hours.  The film strikes a balance between the old-fashioned biblical archaeology approach, which tried to prove the Bible’s historicity, and the extreme skepticism of some minimalists, for whom the Bible contains little factual history.”  Rabbi Wesley Gardenswartz wrote: “Conservative Judaism is fully accepting of the type of scholarship featured in this documentary.”  And Rev. Kenneth Himes, OFM Professor, wrote:   “For some, the ideas presented may seem novel or surprising, but this is material that is being discussed in the theology courses found at many Catholic universities.”

See also Historicity of the Bible – Wikipedia.  But again, my theory is that to focus on the Bible’s “historicity” is to miss the point of the faith entirely.  The question is:  Having accepted God and/or Christ, what now do you do with your life?  How will you live out the life you’ve been given?  What will you accomplish with that life?  How are you going to make this world a better place?

Re:  “Walking advertisement.”  The cite-link is to Human billboard – Wikipedia.

And of course, those “adventures in old age” necessarily include writing this thought-provoking blog.

The lower image is courtesy of happyotter666.blogspot.com.  See also Indiana Jones and the Temple of Doom – Wikipedia, which provided the following “cornered” quote, which was in turn part of a blog-comment about the second day of my “adventurous” hike on the Chilkoot Trail:

Okay, it wasn’t quite as bad – crossing that “swinging bridge” the first day on the Chilkoot Trail – as it was for Indiana Jones in the photo above.  (For example, we hadn’t been “cornered by Mola Ram and his henchmen on a rope bridge high above a crocodile-infested river.”)  But that second day on the Trail was pretty &^%$ bad…