The Madonna and Child,

by Jörg Breu the Younger.  (That knowing “J.C.” look leads to the question:  “What did Jesus know, and when did He know it?”)

Did you ever stop to wonder when Jesus came up with the idea that He was Jesus.”  That He was “someone special?”  That He was – literally – the Son of God?

Which leads to more questions:  Did He know the very minute He was born?  Did He know – even as an infant – that He was the First-born Son of God, as indicated by Jorg Breu’s painting above?  And did He – even as a newborn child – have a fully formed adult personality?

Some time ago there was a bracelet trend, “WWJD?”  What would Jesus do?  Turning that question around – thinking “outside the box” – the question could be put like this:

What would you do – with a fully formed adult personality, able to see and know all around you – yet you were trapped in the body of a baby?

The traditional view – the accepting, non-questioning “literalist” view – is that Jesus did in fact know every minute of His life just who He was.  (There are for example those medieval portraits of Jesus as a baby, in the manger, with that all-knowing smile, like the one above.)   But that in turn raises some pretty interesting questions.

Again, what would you do if you could only communicate with a smile, a frown, a gurgle or a belch?  To most of us that would be a living nightmare.  It would be a nightmare to be trapped inside the body of an infant, but to have a fully formed adult personality.

But the only rational, alternate view seems to be that Jesus did not know who He was at that very minute He was born.  And if that is true, the question then becomes:  “At what point in His life journey did Jesus find out?”

In modern terms – and borrowing a page from today’s political circles – the question would be, “What did Jesus know, and when did He know it?”

If Jesus didn’t know – the minute He was born – that He was the Son of God, He had to find out later in His life.  One take on that idea came from the man who wrote Zorba the Greek.

Nikos Kazantzakis also wrote The Last Temptation of Christ.  (In 1955.)   That’s the movie that caused such a stink when it was made into a movie in 1988.  Anyway, in Last Temptation Kazantzakis theorized that at some point in His life, Jesus may have started “to hear voices:”

“I fasted for three months. I even whipped myself before I went to sleep. At first it worked. Then the pain came back. And the voices. They call me by the name: Jesus.”

So according to Kazantzakis, Jesus may not have known the minute He was born who He was. He found out some time later in His life.  Again, that seems to be a rational alternative to the idea that at the moment He was born, Jesus had a fully-formed adult personality.

It also seems to fit in with other people in the Bible, like Abraham, who also seemed to hear a voice that told him to leave his homeland and everything he ever knew in life, and make a thousand-mile trek into “the great unknown.” (See Genesis 12:1 – in the Good News Translation – “The Lord said to Abram,* ‘Leave your country, your relatives, and your father’s home, and go to a land that I am going to show you.’”) 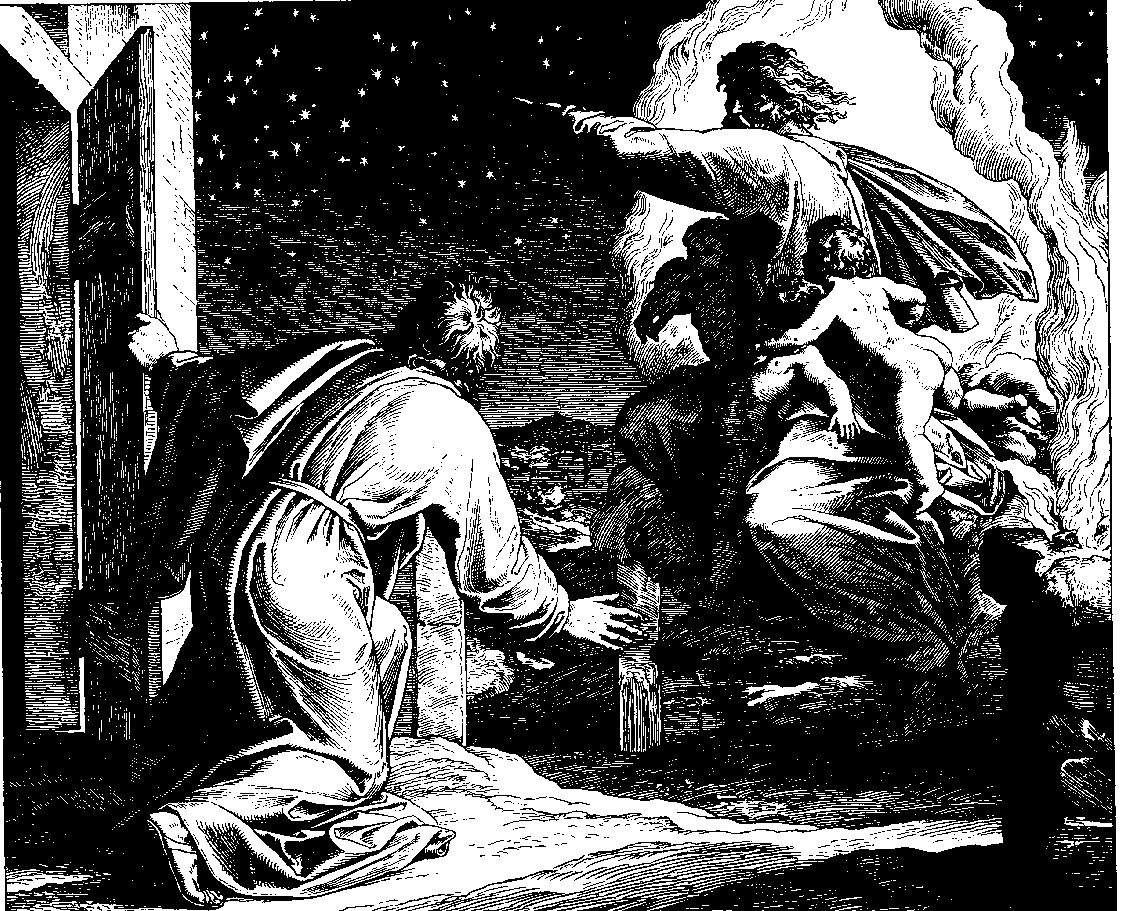 So, in pretty much the same way that Abraham heard The Voice that told him to leave his homeland – at 75 years of age or so – Jesus may have first become aware of His being special by also “hearing a voice,” or voices…

Whatever the merits of such a meditation, it seems pretty clear that throughout the first 30 years of His life, Jesus must have had a world of patience.  And in all likelihood, at no time was that more true than when He was a teenager.

Of course He did have that one chance when he was 12 years old, to impress the elders in Jerusalem.  (See Luke 2:41-50).  But except for that one or two days of “mountaintop experience,” it seems that Jesus still had to endure 30 long years of pure, mundane drudgery.

He had to live quietly and unobtrusively – for 30 long years – before starting His ministry.  And He had to do this before the people around Him started getting the idea who He really was.  (It must have been something like spending all day in a county tag office, multiplied by 10,950.)

Which brings up another compelling question.  What was Jesus like as a teenager?  Suppose – just for the sake of argument – that by the time He was a teenager, Jesus did know that He was in fact the First-born Son of God.  For one thing, He could see into the future.  And He knew, absolutely knew, everything that ever was or ever had been.

So maybe as a teenager, Jesus did know everything there ever was to know, and everything possible that ever could be known.  Yet there He was, stuck in that backwater, hayseed town of Nazareth, far away from any possible excitement, like what He might find in Jerusalem.

And again in all likelihood, probably the worst thing of all for Him was that He had to take orders from older people, people who He knew didn’t know a fraction of what He knew about “real life.”  Of course, since every teenager in the world has felt exactly the same way since the beginning of time, how could the people in Nazareth know that this teenager was any different? As to the “bracelet craze, ‘WWJD’” quote, see the Wikipedia article.

“…what did Jesus know, and when did He know it?” This is one of many phrases – like “Irangate” or “Benghazi-gate” – that can be traced back to the 1972 Watergate scandal. It can be credited to Senator Howard Baker, who famously asked, “What did the President know and when did he know it?” The question was originally written by Senator Baker’s counsel and former campaign manager, future U.S. Senator [and Hollywood star], Fred Thompson. See, en.wikipedia.org/wiki/Howard_Baker, and firstthings.com/blogs/evangel/2011/04/what-did-jesus-know-and-when-did-he-know-it.

The Abraham image is courtesy of Wikipedia.  The caption:  “The Vision of the Lord Directing Abraham to Count the Stars,” a woodcut “by Julius Schnorr von Carolsfeld from the 1860 Bible in Pictures.”

“The Lord said to Abram*. . .”   Abram changed his named to Abraham later, in Genesis 17:5, after hearing a Voice telling him to do so.  (A voice which also told him about the covenant of circumcision, in Genesis 17:10, which may have led Abraham to ask, “You want me to do what?”)