One post in this blog gives you a good idea what it’s all about: The True Test of Faith. That post talks about two Christians who die, then find out there is no God, no heaven, no afterlife, no reward for good behavior. The first Christian is outraged.  “What? You mean I could have spent my life partying? Boozing it up? Chasing women, loose and otherwise? Boy am I angry! All those fun things I could have been doing!”

That’s the kind of faith I’m trying to develop. (And trying to share…)

Of course I do believe in God, and in Jesus. And I believe that “If you declare with your mouth, ‘Jesus is Lord,’ and believe in your heart that God raised him from the dead, you will be saved.” (Romans 10:9.) I’m just saying, that’s the kind of faith I’m trying to develop.

Which led to this thought: You can’t develop that kind of faith if you’re a “too conservative Christian.” Or never go beyond Bible boot camp. That is, in the Army you first go to boot camp to “learn the fundamentals.” (See 2d Timothy 2:3, “Join with me … like a good soldier of Christ Jesus.”) Which means there is a time and place for learning the fundamentals:”

Just like Basic Training, the best place to start is with the fundamentals:  “This is where individuals learn about the fundamentals of being a soldier…” But no good soldier wants to be stuck as a buck private his whole time in service…

That’s where Bible literalists go astray. They never go “beyond the fundamentals,” despite what Jesus said in Luke 24:45. He “opened their minds so they could understand the Scriptures.”  Instead, too-literal Christians would rather stay in their personal “Comfort Zone.”

Hearing now and again the mysterious piping of the Shepherd, you realize your own perpetual forward movement. . . Do not suppose from this that your new career [as a Christian] is to be perpetually supported by agreeable spiritual contacts, or occupy itself in the mild contemplation of the great world through which you move. True, it is said of the Shepherd that he carries the lambs in his bosom; but the sheep are expected to walk, and to put up with the bunts and blunders of the flock. It is to vigour rather than comfort that you are called.

(Ariel Press, 1914, at page 177.)  And it is to that Christian vigor, not a Comfort Zone, this blog is calling you. Which is another way of saying once you start reading the Bible on a daily basis – with an open mind – you’ll find an exciting “New World.” You’ll become like an old-time explorer whose main task – it seems – is to push past grim warnings and superstitions:

In the 15th and 16th centuries, superstitious people might have warned an explorer, sailing west from Europe, that he was doomed to fall off the edge of the world.  At the very least, they might have said, the explorer and his sailors would suffer horribly and never be seen again…   For all the grim warnings, nobody could have predicted that the explorers would not sail off the edge of the known world, but into an entirely new one.  (E.A.)

That’s pretty much what this Blog is about.

But another thing I’m trying to do is reach out to Nones, turned off by “negative Christians.” (See “Nones” on the Rise and The Growth Of The “Nones;” the rise of “religiously unaffiliated.”) Nones overwhelmingly think “religious organizations are too concerned with money and power, too focused on rules and too involved in politics.” (Demographers gave them the name “because when asked to identify their religion, that’s their answer: ‘none.'”) As to the why:

[T]he single most important reason for the rise of the unknowns [“Nones”] is that combination of the younger people moving to the left on social issues and the most visible religious leaders moving to the right on that same issue. [E.A.]

So: money, rules, politics. Those seem to be why many turn away from American Christianity. (Along with a general perception that too many Christians are way too negative.) But Jesus was anything but negative. His goal was for you to grow and develop into all that you can be.

My goal is to help you on that spiritual journey. (Which also helps me on my journey. See Learning by teaching – Wikipedia, citing Seneca the Younger and his Latin wisdom docendo discimus, “by teaching we are learning.” Not to mention James 5:20.) Or consider this comment:

See 10 Questions for Sting. But here’s news flash:  “If your religion makes you ‘certain,’you’re missing the point!” But that comment by Gordon Matthew (Sting) examplifies some common perceptions about today’s right-wing brand of American Christianity. (See also on my way or the highway – Wiktionary.)  Which leads to one ongoing theme or theory  of this blog:  The theme here is that people who read the Bible in a strict, narrow or “fundamental” way only cheat themselves.

Not only that, they’re driving people away from The Faith in droves.

But there is an alternative. There is a way to read the Bible with common sense and which helps you lead a richer, fuller, more productive life. If you’re willing to suspend disbelief and read with an open mind, you’ll be pleasantly surprised. The writers of the Bible did not want your life to be just another stale rehash. They repeatedly said you should “sing a new song to the Lord.” Then too, Isaiah wrote that thing about “eagle’s wings…” 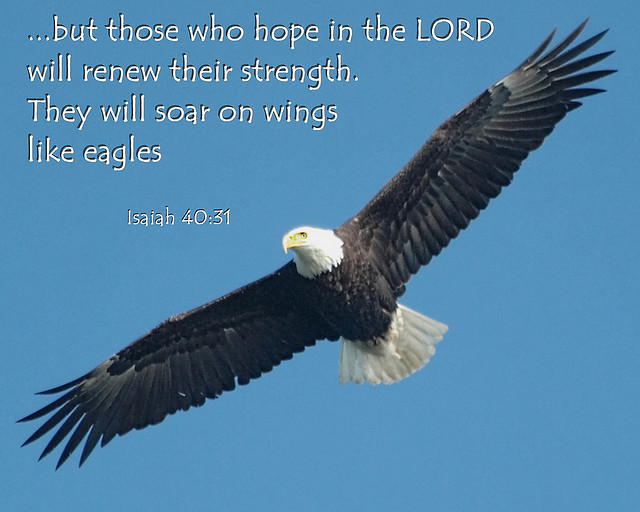 The upper image is courtesy of tmrichmond3.net/2014/02/07/here-be-dragons, a blog with one sub-title, “Reflections of a Tamed Cynic.” The blog-bio notes:  “I am the pastor at the First Presbyterian Church in Medford, Oregon. I believe that faith should be able to sustain us, not oppress us.”

The opening, indented quotation is courtesy of Track 1, Disc 1, The Modern Scholar: Journeys of the Great Explorer’s: Columbus to Cook. See also Here be dragons – Wikipedia, on “dangerous or unexplored territories, in imitation of the medieval practice of putting dragons, sea serpents and other mythological creatures in uncharted areas of maps.”

And a note:  This blog is a series of newspaper-style columns, and a column meets the following criteria: 1) it is a regular feature in a publication, 2) it is “personality-driven” by the author, and 3) it explicitly contains an opinion or point of view. See columnist – Wikipedia:

A columnist is someone who writes for publication in a series, creating an article that usually offers commentary and opinions. Columns appear in newspapers, magazines and other publications, including blogs.

So, the “columns” in this blog contain a point of view. I’ll leave it to the reader to determine whether those columns are personality-driven.

Another note: I remember a column George Will (seen at right) did years ago. Basically he said – as I recall – that a columnist needs three seductive skills: “be pleasurable, be concise, and be gifted at changing the subject frequently.” That’s what I hope to do in this blog.

See also this, from the book Blogging For Dummies:

At its most basic level, a blog is a chronologically ordered ordered series of website updates, written and organized much like a traditional diary, right down to the informal style of writing that characterizes personal communication.  (E.A.)

So this blog is a kind of diary, based on the Bible readings set out by the Episcopal Church. And here’s another blog-definition from Soapbox:

A modern form of the soapbox is a blog:  a website on which a user publishes his/her thoughts to whomever they are read by.

Re: Evelyn Underhill. See also the Gospel post from 2014.

For more on the idea that too many Christians are too negative, see On the Bible readings for August 3. Or Why are Christians so negative and judgemental? – RZIM Europe, Do Christians spend too much time being negative? – Christian, and 5 Negative Effects of Complaining for Christians. And this perception is a problem for all practicing Christians.

Re: James 5:20.  I like to think of the “forgiveness of many sins” passage as the James 5:20 commission, in a quasi-commercial sense.  As noted elsewhere in this blog, “I’ll take any break I can.”  For another example, I tend to give most people the benefit of the doubt, in keeping with Matthew 7:2, “the way that you judge others will be the way that you will be judged…”

The soaring-eagle image is courtesy of Isaiah Lift You Up On Eagle’s Wings – Image Results. And finally, you can get a book version of my blog-post musings at For a book version…