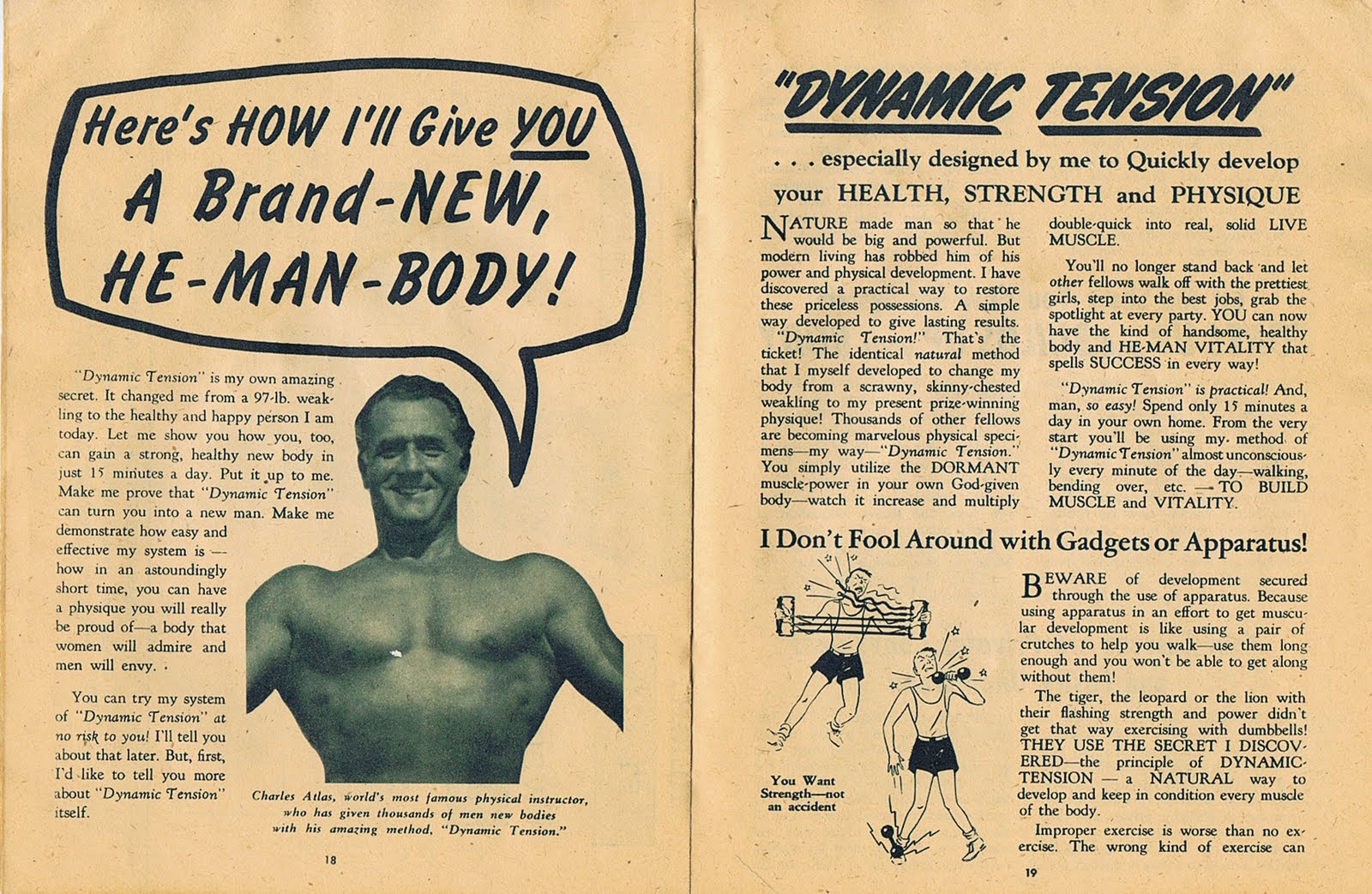 I don’t mean the Dynamic Tension of Charles Atlas.  (It’s about Deuteronomy 19 and Ezekiel 3…)

That is, the time in between the holidays of Mardi Gras and Easter.  In other words, it’s a time for “prayer, doing penance, repentance of sins, almsgiving, and self-denial.”  And for many people, Lent means giving up something.  “On the other hand, some people choose to add a discipline ‘that would add to my spiritual life.’  (See Lenten disciplines: spiritual exercises or ego trip?)”

For example, last year for Lent I gave up yelling “Hang the sonofabitch!” at every mention of Donald Trump.  This year I’ll be doing the same thing.  (For reasons including that my “discipline” ended up netting the United Thank Offering a little over $25 in penalties.  At 25 cents a violation.)  But this year I feel the need to add something else.

So – for this Lent – I’m going to try mightily to prepare a reasoned, careful, logical blog-post treatise on precisely “why I don’t like Donald Trump.”  (Without resorting to the “fallacy of ad hominem attacks.”)  In other words, I will try – without resorting to name-calling – to present the valid reasons why I think Trump’s presidency is a constitutional crisis on par with Watergate.  (Though not yet on par with the Civil War.  Not yet!)

Beyond that – for my Lenten discipline this year – I am also going to try mightily to understand why some Americans still support him.  (Without saying, “What are you, dumbasses?”)  And that is definitely going to be the hard part…

(A note:  I firmly believe this “story” will have a happy ending, but that’s for a later blog-post.)

So anyway, that latter part of this year’s Lenten discipline will be so hard in fact – it will take up so much time – that I haven’t a prayer of doing a new post on it within a reasonable time after my last post.  (OMG! Is it time for Lent again?  From March 5, 2019.)  So for now I offer up this in-betweener, which as it turns out is related to unsupported name-calling.

In the lead caption I noted the difference between the Dynamic Tension of Charles Atlas, as distinguished from that “tension” between Deuteronomy 19 and Ezekiel, Chapter 3.

I wrote about Deuteronomy 19:16-19 – and Ezekiel 3:16-19 – in “Trump-humping” – and Christians arguing with each other.  Briefly, Deuteronomy 19:16-19 says that if you accuse someone of a heinous crime – like murder or heresy – and it’s not true, you will be punished as if you had committed the crime yourself.  (You can’t blithely make false accusations without penalty.)  For example, if you accuse someone – perhaps even a fellow Christian – of being a “heretic,” and that accusation is false, then you will be punished as a heretic yourself.

See for example The Heresy of Liberalism | Christian Forums:  “Liberalism (or to give it its proper name, heresy…) is about individual freedom…  Thus where Christ offers freedom from sin, Liberalism offers freedom to sin.”  But if that statement is inaccurate – and is tantamount to an accusation of heresy – the person who wrote it faces the prospect of being punished as a heretic himself.  (Per Deuteronomy 19:16-19.)  On that note see Santorum’s Wrong: There Is Such a Thing as a “Liberal” Christian.  His name was Jesus. 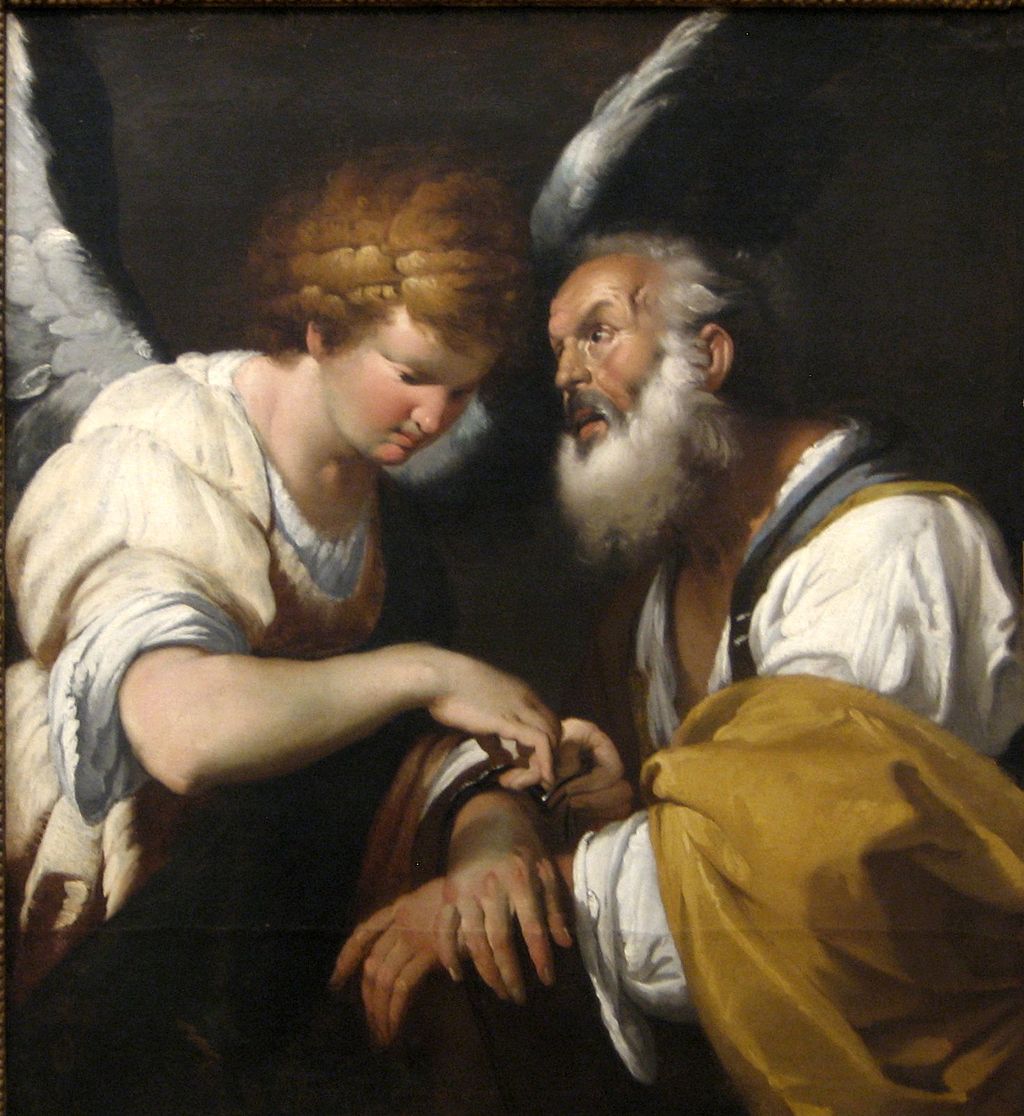 Or as I’ve noted, “If Jesus was a conservative, how come we’re not all Jewish?”  See Did Jesus interpret Scripture “liberally?”  That post noted that “What is called a liberal construction is ordinarily one which makes a statute apply to more things or in more situations than would be the case under strict construction.”

Which is pretty much what the Apostle Peter – shown at right – said in 2d Peter 3:9, “The Lord isn’t slow about keeping his promises, as some people think he is.  In fact, God is patient, because he wants everyone to turn from sin and no one to be lost.”  (Emphasis added, to the Contemporary English Version of the Bible.)

That is, according to 2d Peter 3:9, God seems to want the Bible to “apply to more things or in more situations than would be the case under strict construction.”  Which means that the person who wrote “The Heresy of Liberalism” could be in big trouble.

On the other hand there’s Ezekiel 3:16-19, where this prophet wrote of the Christian duty to warn other Christians of the error of their ways.  (I.e., characterized as “Ezekiel’s Task as Watchman.”)  Briefly, if you don’t warn a fellow Christian to mend his ways, and he keeps sinning, God will punish both of you.  But if you warn him – and he keeps on sinning – you will have saved your spiritual butt:  “they will die for their sin;  but you will have saved yourself.”

Which means in turn that if you suspect that being “liberal Christian” is tantamount to heresy, you’re better off saying to such liberals, “Excuse me, but I think you’re reading the Bible in the wrong way.”  In other words, you will want to refrain from mere, unsupported ad hominem name-calling.  That’s because such phrasing could be tantamount to an accusation of heresy, punishable under Deuteronomy 19:16-19. 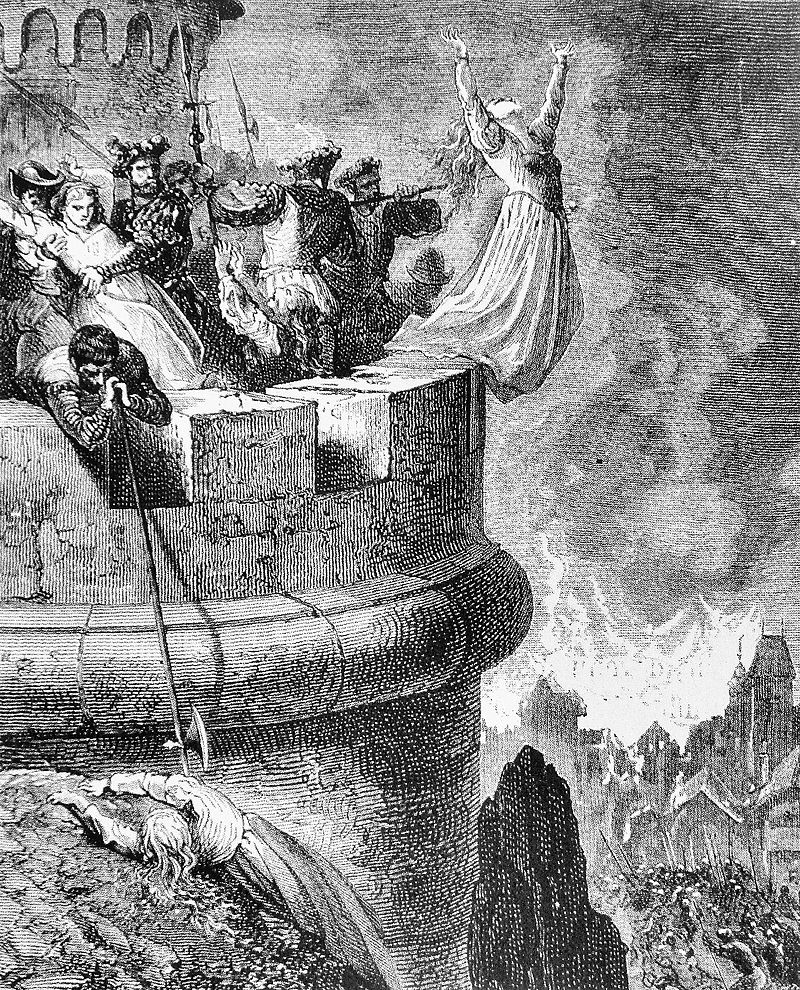 The “Atlantic – Evangelicals” image is courtesy of Atlantic Magazine (April, 2018) How Evangelicals Lost Their Way – And Got Hooked on Donald Trump.  For another take, see Frances FitzGerald on how evangelicals lost their way, and/or How Christianity Lost Its Voice in Today’s Media Driven World.

Re:  Liberalism as “heresy.”  See The “Bizarro Rick Santorum” says, and “There’s no such thing as a ‘conservative Christian.”

See also Ezekiel 3 – Wikipedia:  “This chapter contains the call for Ezekiel to speak to people of Israel and to act as a sentry for them.”  And Night-watchman state – Wikipedia, regarding the libertarian political philosophy, which advances the “model of a state whose only functions are to provide its citizens with the military, the police and courts, thus protecting them from aggression, theft, breach of contract and fraud and enforcing property laws.”

The lower image is courtesy of Heresy – Wikipedia.  The caption:  “Massacre of the Waldensians of Mérindol in 1545.”  The article included the following:  That the first “Christian heretic to be executed, Priscillian, was condemned in 386;”  That the “edict of Theodosius II (435) provided severe punishments for those who had or spread writings of Nestorius,” and that those “who possessed writings of Arius were sentenced to death;”  That for some years “after the Reformation, Protestant churches were also known to execute those they considered heretics, including Catholics;”  and that the “number of people executed as heretics under the authority of the various ‘ecclesiastical authorities’ is not known.”  Also:

The Catholic Church by no means had a monopoly on the execution of heretics.  The charge of heresy was a weapon that could fit many hands.  A century and a half after heresy was made a state crime, the Vandals (a heretical Christian Germanic tribe), used the law to prosecute thousands of (orthodox) Catholics with penalties of torture, mutilation, slavery and banishment…  About seven thousand people were burned at the stake by the Catholic Inquisition, which lasted for nearly seven centuries…  Religious Wars slaughtered millions. During these wars, the charge of “heresy” was often leveled by one side against another as a sort of propaganda or rationalization for the unde