In case you missed it, the Maharishi Mahesh Yogi first started teaching “TM” in 1958.  Then it got “more popular in the 1960s and 1970s, as the Maharishi shifted to a more technical presentation and his meditation technique was practiced by celebrities.”

(And incidentally, the Maharishi also did quite well – financially or otherwise; the photo at left shows one of his “headquarters,” to wit: the one in Seelisberg, Switzerland.)

The kicker was that you had to pay a substantial sum of money, at one point the equivalent of a full week’s salary, for the instruction itself and for your own “personal Sanskrit mantra.”  (A mantra was a word or phrase that you repeated over and over again, for up to 20 minutes, as part of “binding the mind staff in place.”)

Or you could buy a copy of Lawrence LeShan’s book How to Meditate (1974), “one of the first practical guides to meditation.”   (My first copy cost under $2.00.  And incidentally, LeShan noted that “anyone who gives (or sells) you a mantra designed just for you … is pulling your leg.”)

There’s probably a host of lessons from all this.  However, the focus here is on how reading the Bible on a regular basis can be an ongoing “transcendental” meditation.

For starters, LeShan said that the essence of meditation is trying something you know is impossible.  You try to do what you know you can’t do, yet you try anyway.  So whether you try a mantra meditation, or try to experience the beauty of a rose for 20 minutes, non-verbally, you know ahead of time that you can never get it exactly right.

Again, the goal itself is impossible to reach.  It’s as impossible a goal as – say – as trying to  love the Lord your God with all your heart, with all your strength, and with all your mind.  This is the first and great commandment, and the second is like unto it: you shall love your neighbor as yourself. 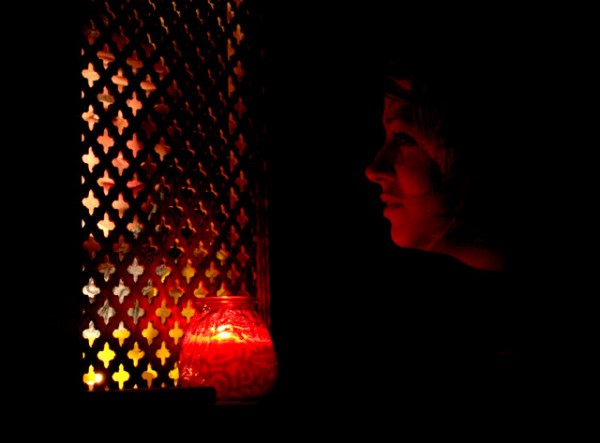 But Christians try – and fail – to reach that goal, and week after week they repeat the same “confession” (in many churches anyway).  “We have not loved you with our whole heart; we have not loved our neighbors as ourselves.”)

So what could possibly be the pay-off for all this “trying to do the impossible?”

In his book, LeShan cited two main rewards: greater personal efficiency in everyday life, and second, “the comprehension of a different view of reality than the one we ordinarily use.”

LeShan said a meditator develops a capacity to transcend the painful, negative aspects of life, and develops an ability to live with a serene “inner peace.”  He said it’s characteristic of a practiced meditator to live with joy and love; “The best of mysticism* also provides a zest, a fervor and gusto in life plus a much higher ability to function in the affairs of everyday life.”

He cited another goal of the meditator:  Being part of an ongoing  “search for knowledge of his relationship with the universe (and for a very deep sense of union of himself and the All).”

But aren’t those the same things that all Christians should be looking for?  (They use different words of course, but the idea seems to be the same.)  Put another way, Wouldn’t it be great if Bible-reading led to the same results?   Fortunately, it can.

Unfortunately, you’ll eventually have to deal with some of those so-called Christians who love to focus on sin – usually somebody else’s – rather than all the positive aspects the discipline of regular Bible-reading can provide.  LeShan had something to say about that as well.

He wrote of one meditation:  Contemplating a rose and experiencing it only on a non-verbal level.  He said because it was so very hard, the would-be meditator might want to give himself permission to make mistakes.  “You will make them anyway and will be much more comfortable – and get along better with this exercise – if you give yourself permission in advance.”

He said the meditator should treat himself as a “much-loved child that an adult was trying to keep walking on a narrow side-walk.”  (The “straight and narrow path?”)

The child, “full of energy,” keeps running off to explore the world, but each time the meditator should say, “Oh, that’s how children are.  Okay honey, back to the sidewalk.”  Again and again, gently but firmly, the meditator brings himself back to the discipline.  With each slip-up or mistake, “you should say the equivalent of ‘oh, that’s where I am now; back to work,’ and come back looking.”   With the metaphor of “binding the mind staff in place,” LeShan cautioned would-be meditators to “bind ourselves with humor and compassion at our own lack of discipline.”

Might not this description also apply to each Christian “Pilgrim” on his or her quest to reach God, or struggling with the idea of God. Might not the Christian also be better off acknowledging in advance that he’s trying to do something he knows is impossible, physically, emotionally or spiritually?

The fact is that no matter how hard we try, we can never, for more than “one brief shining moment,” love God with all our heart, mind and soul.  Nor can we, for more than a moment, fulfill the Second Great Commandment, to love even our most obnoxious neighbors as ourselves.  (And some of those neighbors are pretty obnoxious.) 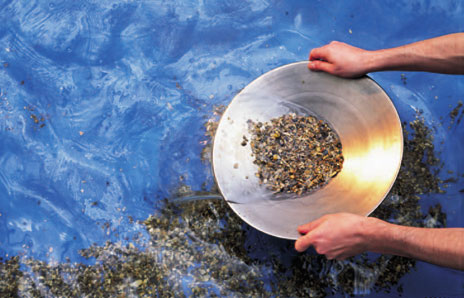 On the other hand, you might think of regular Bible-reading as panning for gold.”  Sure there’s a lot of stuff to go through.  But every once in a while you’ll find a passage you can use, maybe to defend yourself against some of those Christians whose faith seems to border on arrogance.

For example, here’s a “gem” I found useful:

Who made you so important?  What have you got that was not given to you?  And if it was given to you, why are you boasting as though it were your own?

That’s 1st Corinthians 4:7, in the New Jerusalem Bible.  To that passage some might respond, “I earned everything I have, with hard work and the sweat of my brow.”  But that raises a question: “Who gave you the brow? And who gave you the sweat?”  See also 1st John 1:9-10(ESV): “If we say we have no sin, we deceive ourselves…  If we say we have not sinned, we make [God] a liar, and his word is not in us.”  And that’s not to mention Romans 2:24, “The name of God is blasphemed among the Gentiles because of you.”

Which is being interpreted:  When it comes to self-defense against those – hopefully few – Christians who focus on criticizing other people for their sins, reading the Bible can be fun!

(And you might be doing them a favor as well…) 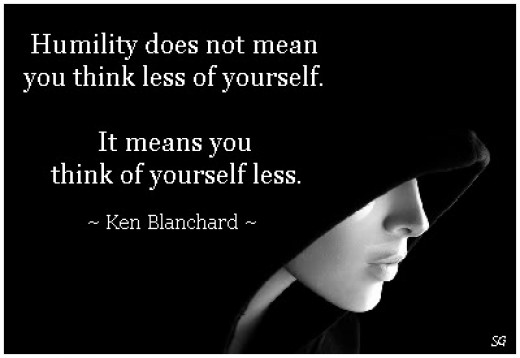 The top “headquarters” photo is courtesy of Transcendental Meditation – Wikipedia.

The “humility” photo is courtesy of www.pinterest.com/pc554/leadership-quotes/

The “same ‘confession'” quoted is from the Book of Common Prayer, page 360.  An aside: that form of confession is based on Jesus’ summary of the Two Great Commandments, in Matthew 22:36.  See also The basics.

* As to the “best of mysticism” quote, as noted in the Spiritual boot camp post:  “The words ‘mystic’ or ‘mysticism’ seem to give some Christians apoplexy.  Try it on a Southern Baptist some time!”

But seriously, one online dictionary defines a mystic as ‘a person who seeks by contemplation and self-surrender to obtain unity with or absorption into the Deity or the absolute.’   Again, arguably different words but the same idea…”