The “Annunciation by El Greco,” subject of today’s Gospel…

In this regular feature I meditate* on Bible readings for the Sunday coming up, as determined by the “RCL.”  Those readings for Sunday December 21 – the Fourth Sunday of Advent – are 2d Samuel 7:1-11;16, followed by what would normally be the psalm-reading; in this case either Canticle 15 (the Magnificat) or Psalm 89:1-4, 19-26.

For more on those psalm-choices, see On the psalms up to December 21.  The New Testament reading is Romans 16:25-27, followed by the Gospel, Luke 1:26-38.  The full readings are at Fourth Sunday of Advent.    Here are some highlights.

As to the First and Second Books of Samuel, the International Bible Commentary (IBC) noted they covered the same time period as First and Second Kings, but with different emphases.  Second Samuel follows the death of King Saul and the rise of David as King of Israel.

Today’s reading is about “the latest” in a long line of covenants or contracts between God and His Chosen People.  The contracts began with Noah, then on to Abraham, then came up to the Contract with Moses.  This latest contract was between God and David (and his line, on to Jesus).

2 Samuel 7:1-11;16 begins with David saying to the prophet Nathan that he will “build a house for God.”  (Up to then God had been “staying in a tent” since the days of Moses, metaphorically anyway.)   But that’s followed by God appearing to David (via Nathan) and saying – basically – “You think you’re going to build a house for me?  I’ll build a house for you!”

I took you from the pasture, from following the sheep to be prince over my people Israel; and I have been with you wherever you went…  Moreover the LORD declares to you that the LORD will make you a house.  Your house and your kingdom shall be made sure forever before me; your throne shall be established forever.

This was a matter of considerable importance.  It’s why Matthew and Luke included genealogies to show Jesus was David’s direct descendant.  “Both aim to establish a direct descent of Jesus from David, and thus [His] legal inheritance of the throne of Israel.”  (Genealogy of Jesus – Wikipedia, which added that the two genealogies appear markedly different.)

Since the reading from Romans 16:25-27 is so short, it can be included in its entirety:

Now to God who is able to strengthen you according to my gospel and the proclamation of Jesus Christ, according to the revelation of the mystery that was kept secret for long ages but is now disclosed, and through the prophetic writings is made known to all the Gentiles, according to the command of the eternal God, to bring about the obedience of faith – to the only wise God, through Jesus Christ, to whom be the glory forever!  Amen.

For a further explanation of this concluding section of the Epistle see Romans 16 Commentary, which “waxed poetic” on Paul’s unique ability to maintain the difficult balance between being wise as a serpent yet harmless as a dove.  (Referring to Matthew 10:16.)  Note also that except for the “Amen” at the end, that was all one sentence.  (Paul was basically a lawyer – a “rabbinic” lawyer anyway – and certainly wrote like one.  See 2 Peter 3:16.)

Which is of course “the reason for the season!” 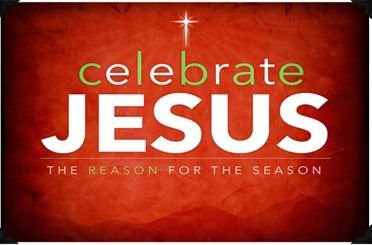 The upper image is courtesy of Annunciation – Wikipedia, noted above, which added that the painter El Greco, (born Doménikos Theotokópoulos; 1541-1614) “was a painter, sculptor and architect of the Spanish Renaissance.”  He lived and worked in Spain from 1577 until his death, and his nickname (“The Greek”) was ostensibly a reference to his birth-place, but he was actually “born in Crete, which was at that time part of the Republic of Venice.)

As to both Samuel and Kings, both “sets of two books” were originally one book – actually one “scroll” – and both scrolls were so long that they had to be cut in two, for ease of handling and reading, eventually in the local synagogue.  See for example Books of Kings – Wikipedia.

As to Romans 16 Commentary – Commentary Critical and Explanatory, vis-a-vis the New Testament reading for today, the author noted in pertinent part:

In every age … there have been real Christians whose excessive study of the serpent’s wisdom has … at times [excited] the distressing apprehension that they were no better than wolves in sheep’s clothing.  Nor is it to be denied, on the other hand, that, either from inaptitude or indisposition … many eminently simple, spiritual, devoted Christians, have throughout life exercised little or no influence on any section of society around them.  (E.A.)

Which may be another way of saying:  “If it was easy, anybody could do it!!“

The lower image is courtesy of a “fellow blog” at afterthealtarcall.com/2012/12/05/seven-scriptures-to-remind-us-that-Jesus-is-the-Real-Reason-for-the-Season.  The blogger (Ms. Holmes) has a bachelor’s degree in magazine journalism from the University of Georgia, “has lived in the metro Atlanta area since she was six years old and considers Atlanta her home.”  Her home page lists professional experience “writing and working for an assortment of newspapers, magazines, websites and other publications,” as well as a commitment to her church, having served as “Sunday School teacher, Vacation Bible School and play director in addition to serving on numerous committees.”