Keeping in mind that a true Blog is “like a traditional diary, right down to the informal style of writing that characterizes personal communication,” this is my first diary-like blog post.

I graduated from high school in 1969.  After graduation I went my way – like so many of that generation – in search of the Good Life of the 1970s.  (That usually included the proverbial sex, drugs and/or rock and roll.)   One thing that ongoing search did not include was staying in the “Established” or “Establishment Church” that I grew up in.

Getting back to those rockin’ 1970s, Transcendental Meditation was a Big Trend on Campus, and it seemed to offer one road to the Good Life and/or Promised Land.   But those people wanted to charge a whole lot more money than I could afford.

So I ended up trying self-hypnosis, Alpha Thinking, yoga, and a host of other Eastern ways of dealing with life’s unpleasantries, my own shortcomings, and the unremitting evil and suffering I saw each day on TV and the news.   I read books on karate, aikido, tai chi and other eastern disciplines; books like Zen in the Art of Archery.

I learned about prana, chi, ki, and “the force,” as in “the force be with you.”  I was still entranced by Transcendental Meditation – and how easy “they” said it was – but as noted, I balked at the price.  (At the time, it was supposed to run a week’s salary, which included a personalized Sanskrit mantra, “all my very own.”)  But I couldn’t afford a week’s salary, being the poor, bearded, unemployed and largely unemployable college student that I was.  So I kept looking, and the quest seemed to end when I found a book, How to Meditate, by Lawrence LeShan.

LeShan’s book offered all the meditational techniques anyone could ever need, in a book that cost a fraction of the price TMers wanted, for that instruction and my personal Sanskrit mantra.

But eventually – “in the fullness of time,” as a Bible writer might say – I came to see the Christian Faith itself as a kind of Ongoing “Transcendental” Meditation.   In other words, like some other people who wrote about the Bible, the Faith and prayer – guys like Thomas Merton – I came to see similarities in those exotic Eastern disciplines I studied in my youth, and the daily practice of Bible-reading.   (See DOR Scribe, above.)

To make a long story short, the essence of a mantra meditation is simply repeating a word or phrase, over and over, for a pre-established period of time.  (The usual period is 10-20 minutes.) It sounds pretty fruitless, but consider the “Cliff’s-Note” summary given by Jesus:

Those “two great commandments” are in the Book of Common Prayer at page 324, and as with most of the Prayer Book, they come directly from the Bible, Matthew 22:37-40.

Then consider a standard confession that some church-goers repeat every week: “We have not loved you [God] with our whole heart; we have not loved our neighbors as ourselves.”

The point is this:  Like any meditation the quest to “love God with our whole heart and love our neighbors as ourselves” is literally impossible.   On the other hand, the process of meditating – trying “to do the impossible” – usually ends up with you becoming a better person.  By taking part in Bible reading on a regular basis – and by trying to love God with all your heart and your neighbors as yourself – you can also develop a zest for living, an ability to cope with everyday frustration, and a soothing sense of serenity that comes from being “one with All.”

Of course there’s a whole lot more to it than that, and that “that” is what this Blog is all about.  (In other words, “that ‘that'” will be the subject of a host of future posts.) 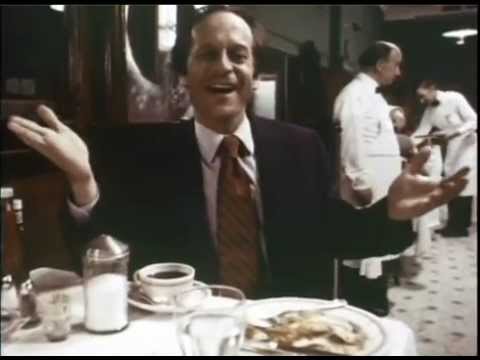 The top image is courtesy of The Rolling Stones – Wikipedia, the free encyclopedia.  The caption reads: “The Rolling Stones 1965.”  See also, Mother’s Little Helper – Wikipedia, the free encyclopedia, with the opening line, “What a drag it is getting old!”  The “Little Helper” site added, “The song deals with the sudden popularity of Valium (diazepam), a mild tranquilizer, among housewives and the ease of obtaining it from their GPs.”

The lower image is courtesy of www.youtube.com/watch?v=9qdfMYFl0Ic.  See also 11 Advertising Slogans That Became Catch-Phrases:  “This 1971 Alka-Seltzer was one of the first created by the then-new Wells, Rich, Greene advertising agency.  The tag phrase soon took on a life of its own (how many mothers used it to convince their picky eaters to eat their broccoli?) and helped to get the commercial elected to the Clio Awards Classic Hall of Fame.”

As to the first “diary-like blog post,” the reference is Blogging for Dummies, 4th Edition, Susannah Gardner and Shane Birley, John Wiley & Sons, Hoboken NJ (2012), at page 9:  “At its most basic level, a blog is a chronologically ordered ordered series of website updates, written and organized much like a traditional diary, right down to the informal style of writing that characterizes personal communication.”  (Emphasis added.)

As to “rock and roll,” see Rock and roll – Wikipedia, the free encyclopedia.

As to Transcendental Meditation as a “Big Trend on Campus.”  Transcendental Meditation (sometimes shortened to “TM”) is a form of mantra meditation, in which a word or phrase is repeated over and over for 20 minutes or so at a time, to discipline the mind and not think “other thoughts.”  Mantra meditation is discussed at length in LeShan’s book.  As to the fee, in the U.S. in the 1960s, the “usual fee was one-week’s salary or $35 for a student.”  (I didn’t know about that “mere $35 fee,” but it didn’t matter; I couldn’t have afforded the $35 anyway.)  In the 1970s the fee was fixed at $125, with discounts for students and families. By 2003, the fee in the U.S. was set at $2,500, and has “since” been reduced to $1,500. See Transcendental Meditation – Wikipedia, the free encyclopedia

As to ” How to Meditate, by Lawrence LeShan.”  My copy was published by Bantam Books in 1975.

And a BTW:  Thomas Merton – about which much more in future posts – was a Catholic (Trappist) monk (1915-1968) who “pioneered dialogue with prominent Asian spiritual figures, including the Dalai Lama, the Japanese writer D.T. Suzuki, and the Vietnamese monk Thich Nhat Hanh, and authored books on Zen Buddhism and Taoism.” See Thomas Merton – Wikipedia, the free encyclopedia, and also the Thomas Merton Center.  His books included (but were not limited to) Praying the Psalms, Mystics and Zen Masters, and Zen and the Birds of Appetite.