It’s that time of year again.  Time to re-enact the First Thanksgiving.

On the other hand, the Collect of the day has stayed the same:

Almighty and gracious Father, we give you thanks for the fruits of the earth in their season and for the labors of those who harvest them.  Make us, we pray, faithful stewards of your great bounty, for the provision of our necessities and the relief of all who are in need…

Note the prayer-parts:  First, thankfulness.  For both the “fruits of the earth” and the work of those who harvest them.  But with that comes a prayer that God make us “faithful stewards.” Which means providing for both our own necessities and for “all in need.”

But enough of the Soapbox.  Suffice it to say that next Thursday – or Wednesday, if your Dulce works Thanksgiving (say at Grady Hospital) – is a time to give thanks.  For every blessing from above.

Now, getting back to those Bible readings.

Joel 2:21-27 notes in part that the “threshing floors shall be full of grain” and “the vats shall overflow with wine and oil.”  Beyond that, God will repay “for the years that the swarming locust has eaten…”

A word of explanation:  The Book of Joel was based on a “literal locust invasion” that happened around 845 B.C. The prophet then lamented over the great locust plague and severe drought, after which he compared the locusts to an army.  An army of God, that is:

The literal swarms of locusts that invaded in successive waves to destroy the crops of Israel spoke of a soon-coming invasion of enemies as well as a future day of judgment.

See also Wikipedia.  But the book ended with Joel saying Israel would later be vindicated.

Psalm 126 begins in a similar vein.  With a note of vindication.)  To wit:  “When the LORD restored the fortunes of Zion, then were we like those who dream.”  Verse 6 reads, “Those who sowed with tears will reap with songs of joy.”   So in a sense that passage foreshadowed the trials and tribulations of the Pilgrims and their first Thanksgiving, as noted below.

Then in 1st Timothy 2:1-7, the Apostle Paul urged that “supplications, prayers, intercessions, and thanksgivings be made for everyone.” (Even those you don’t like.)  And Matthew 6:25-33 included the “lilies of the field” discourse.  (Illustrated at right and explained below.)

Jesus told his followers not to worry about food, because even the lowly birds are provided for by God.  In this verse Jesus presents the example of the lilies, who also do no labor.

On the other hand, the original Pilgrims had lots to worry about before they could celebrate the first Thanksgiving.  For starters – as noted in Part I – they had to survive a rough trip across the North Atlantic.  That rough trip included – but was not limited to – almost losing “lusty young” John Howland, who fell overboard.  (As shown below.)

… they fell upon their knees and blessed the God of Heaven who had brought them over the vast and furious ocean, and delivered them from the perils and miseries thereof … And – as at Jamestown – there was a whole lot of suffering. (Alleviated in part by the leadership of Myles Standish, who would have been accoutred like the soldier at left):

(See First Thanksgiving.)  Note that the Jamestown landing came in 1607, 13 years before the Pilgrims.  Then too, those Jamestown settlers had their own Starving Time:  “What became known as the ‘Starving Time‘ in the Virginia Colony occurred during the winter of 1609–10.  Only 60 of 500 English colonists survived.”

The point is this:  As noted in Part II, the men and women who first settled America paid a high price, so that we could enjoy the privilege of stuffing ourselves into a state of stupor.

Which brings us back to the subject of these Pilgrim Fathers.  And pilgrimages in general…

“In the spiritual literature of Christianity, the concept of pilgrim and pilgrimage may refer to the experience of life in the world (considered as a period of exile) or to the inner path of the spiritual aspirant from a state of wretchedness to a state of beatitude.” 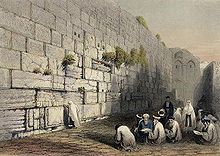 And the Pilgrims of 1621 certainly met that test.  (Going from a state of wretchedness to beatitude.)

As also noted in Part II, during the worst part of that first harsh winter of 1620-1621, only six or seven surviving colonists were fit enough to feed and care for the rest.

And they had to let the graves in the new cemetery “overgrow with grass for fear the Indians would discover how weakened the settlement had actually become.”  (And then attack the weakened settlement.)  All of which led to the thought that “freedom isn’t free, and it isn’t cheap either.  Sometimes the price is paid in human lives.”

But again as noted in Part II, the effort can be worth it:

Do the best you can, and – after taking all due and sensible precautions – trust God to help you with the rest.  Some of those bad things [ – that you worried about – ] might not happen, and some bad things might be prevented with foresight and preparation.  Then too, if you’re “on a mission from God,” you might reasonably expect His help.

Or it could be summed up this way:  “If it was easy, anybody could do it!”

The upper image is courtesy of Mayflower Collection – Mike Haywood’s Artwork – Mayflower HMS, with the caption, “A prosperous wind  The Mayflower leaving English shores.”  The ship in the background is the Speedwell, which had to turn back.  (As explained in “2014.”)  Then too, the home-page of the Haywood site notes that he “has a growing International reputation as a marine and portrait painter.  He has a Doctorate in Oceanography and loves painting rough or lively seas.  Each painting is painstakingly researched to ensure accuracy.”

The soap box image is courtesy of thepoliticalpotteries.com/2015/05/31/tony-walley-on-my-stoke-on-trent-soapbox.  The image was included in a blog-post from THE POLITICAL POTTERIES, “A Political News and Debating Website for Stoke-on-Trent.”  Stoke-on-Trent is a city in Staffordshire, England.  In turn it is “the home of the pottery industry in England … commonly known as the Potteries,” and also now “a center for service industries and distribution centres.”  See Wikipedia.

According to the “Potteries” blog, the six towns of Stoke-on-Trent have a population of 249,000, represented by three Members of Parliament.  The blog in turn seems designed to foster an exchange of thoughts and ideas, presumably for the benefit and guidance of those MPs.

The “Miles Standish” image is courtesy of mayflowerhistory.com/standish-myles.  The caption:  “17th century image of a man in armor with musket.  Myles Standish would have worn similar armor, clothing and used similar weapons to those seen here.”  See also Myles Standish – Wikipedia.

Archaeologists have found evidence that they ate cats, dogs, horses, and rats.  Cannibalism has been confirmed to have occurred in at least one case;  the remains of a teenage girl of about fourteen years of age has been forensically analyzed and shown to have telltale marks consistent with butchering meat…

Re: the image at right of the paragraph – “And the Pilgrims of 1621” – is courtesy of Pilgrimage – Wikipedia.  The caption:  “Jews at the Wailing Wall in Jerusalem during the Ottoman period, 1860.”

The lower image is also courtesy of Mayflower Collection – Mike Haywood’s Artwork, with the caption,  “Yet he held his hold (Rescue of John Howland who fell overboard during the voyage).”  See also John Howland – Biographies – Society of Mayflower Descendants, which noted that he arrived as a servant to John Carver, the first Governor of Plymouth Colony.  He went on to sign the Mayflower Compact. He also went on to serve the colony as selectman, assistant and deputy governor, and surveyor of highways.  He died “over 80″ in 1672.  (No one knew when he was actually born).  But that long and productive life was almost cut short on the voyage over, in 1620:

“In sundry of these storms the winds were so fierce and the seas so high, as they could not bear a knot of sail…   And in one of them … a lusty young man called John Howland, coming upon some occasion above the gratings was … thrown into the sea; but it pleased God that he caught hold of the topsail halyards which hung overboard…   Yet he held his hold [and] got into the ship again[,] his life saved.   And though he was something ill with it, yet he lived many years after and became a profitable member both in church and commonwealth.”

For more on the upcoming holidays, see also On the 12 Days of Christmas.