June 29 – I’m sitting here in the dining room of my aunt’s home, in Wilmington, Delaware.  (Near Rockford Park, as seen at left.)  And the folks in the kitchen – to my right – are now talking about Washington Crossing the Delaware.  (And about his not “rocking the boat.”)

So naturally I had to use the painting above to start off this post.

And speaking of the July 4th – coming up this long weekend – yesterday the whole family visited downtown Philadelphia.  (“Birthplace of American Democracy.”)  And today we’re planning to visit Valley Forge.

Which makes this a perfect time and place to bring up Independence Day in the U.S.

Independence Day is a day of family celebrations [with] a great deal of emphasis on the American tradition of political freedom…  Independence Day is a patriotic holiday for celebrating the positive aspects of the United States…  Above all, people in the United States express and give thanks for the freedom and liberties fought by the first generation of many of today’s Americans.

But it’s also a religious feast day , as noted in the link Independence Day.

That article noted that on July 4th we commemorate the day the formal wording of the Declaration of Independence was approved and the document signed.  (As ostensibly shown at right.)

In turn – and as Satucket noted – the words of the Declaration – written mostly by Thomas Jefferson – spoke “in terms of the Natural Law and God-given principles of justice and right.”  And Jefferson did so in language that was, as one British writer said, “combines great prose, great politics, and great theology.”

The gist of that post was that the political leaders of the Colony of Virginia – in creating the Statute for Religious Freedom – voluntarily gave up a monopoly in matters of religion.

That was important because Jefferson based much of his Declaration on the Virginia statutes he’d grown up with.  That is, the official religion of the Colony of Virginia was Anglicanism.  (The Church of England.)  In turn, most if not all Burgesses in Virginia at the time were members of that official state church.  That means the Established Church of England in Virginia voluntarily gave up its power, including the power to tax residents to support their church:

The [Virginia Statute for Religious Freedom] disestablished the Church of England in Virginia and guaranteed freedom of religion to people of all religious faiths, including Catholics and Jews as well as members of all Protestant denominations [and] was a notable precursor of the Establishment Clause and Free Exercise Clause of the First Amendment to the United States Constitution.  The Statute for Religious Freedom is one of only three accomplishments Jefferson instructed be put in his epitaph. (E.A.) But first note the definition of disestablish.  It means to “deprive an established church, military squadron, operations base, etc of its official status.”  And Jefferson’s tombstone – at left – shows how important that was to him.

He wrote the inscription for the stone himself, and it reads: “Here was buried Thomas Jefferson, author of the Declaration of American Independence, of the Statute of Virginia for Religious Freedom, and father of the University of Virginia.”

Bible readings for July 4, 2014 went on to note some reasons those Virginia Burgesses gave up their monopoly on religion.  For starters, they wrote that “Almighty God hath created the mind free,” and also that when any majority tries to influence the religious beliefs of others, they “tend only to beget habits of hypocrisy and meanness.”  Which I wrote:

The Burgesses also knew of the  “impious presumption of legislators and rulers,” to establish “their own opinions and modes of thinking as the only true and infallible.”  They knew that’s when trouble starts.  That is, when “fallible and uninspired men” try and establish their own view of religion as “the only true and infallible.”  (Which also could have been written yesterday.)

And finally, the statute noted “that Truth is great, and will prevail if left to herself … and has nothing to fear from the conflict.”   In other words, that religion is best that proves itself in the “free market place of ideas.”  See Marketplace of ideas – Wikipedia.  In further words, if your faith is true and sound, you won’t be afraid of a little competition.

See also the 2014 post Sunday of the July 4th weekend.  (With the image at right.)  It noted that “our duty as Americans – and especially as Christian Americans – is to help and not hinder either the endless possibilities of the American Dream or the promise of Jesus that we should live a life of abundance, in His name.”  Which is pretty much what the Collect of the Day says:

Lord God Almighty, in whose Name the founders of this country won liberty for themselves and for us, and lit the torch of freedom for nations then unborn: Grant that we and all the people of this land may have grace to maintain our liberties in righteousness and peace…

Which is another way of saying that we as Christians should be willing “fight to the death” to protect the right of our fellow citizens not to believe in God, or Jesus.

But here’s a cautionary note:  You can only do that if your faith is really strong… 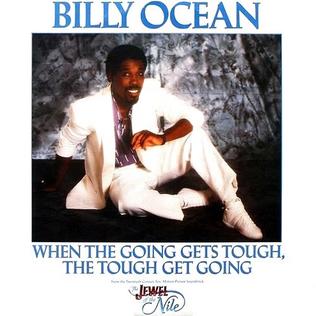 The upper image is courtesy of Washington Crossing the Delaware – Wikipedia, the free encyclopedia.

Washington Crossing the Delaware is an 1851 oil-on-canvas painting by the German American artist Emanuel Gottlieb Leutze.  It commemorates General George Washington’s crossing of the Delaware River on the night of December 25–26, 1776, during the American Revolutionary War.  That action was the first move in a surprise attack against the Hessian forces at Trenton, New Jersey, in the Battle of Trenton.

Wikipedia listed inaccuracies including:  The American flag in the boat “did not exist at the time of Washington’s crossing;”  The boat was the wrong model, and much too small;  The painting showed “phantom light sources besides the upcoming sun,” while the crossing itself “took place in the dead of night;”  and finally: “Washington’s stance … would have been very hard to maintain in the stormy conditions of the crossing[, and] would have risked capsizing the boat.”  (See also artistic licence.)

And speaking of rocking the boat, Washington and his fellow Founding Fathers did in fact rock the boat, according to the British during the Revolutionary War.  (In the sense of causing “trouble where none is welcome;  to disturb a situation that is otherwise stable and satisfactory.”)  See also John Paul Jones’ CLOSEST call, in my companion blog.  It included a British caricature of the man they called “the pirate Paul Jones.”  (To us of course he’s the Father of the American Navy.)

The Declaration of Independence image is courtesy of Wikipedia.  The caption:  “John Trumbull‘s famous painting is often identified as a depiction of the signing of the Declaration, but it actually shows the drafting committee presenting its work to the Congress.”