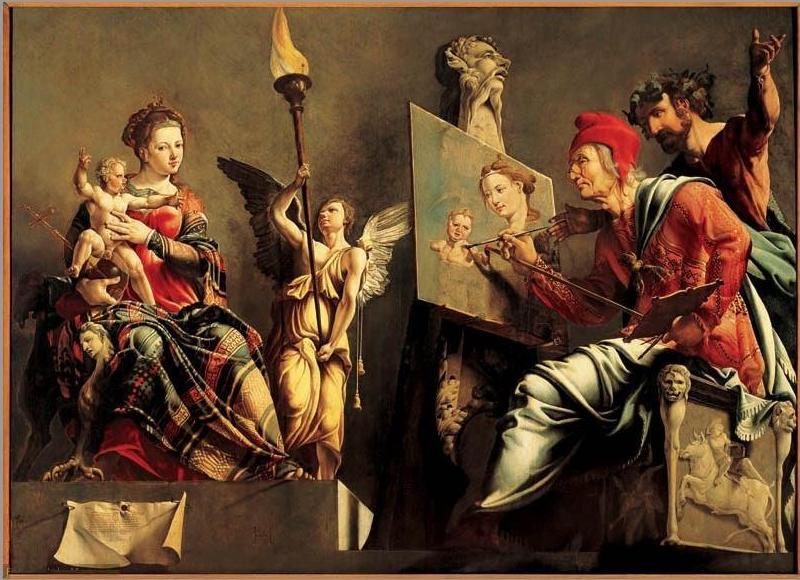 The Lectionary says that July 10 is the Eighth Sunday after Pentecost.  (Using “Proper 10.”)  It offers a choice of two sets of Bible readings, but what they have in common are the second reading and the Gospel: Colossians 1:1-14, and Luke 10:25-37.  Luke begins like this:

Two points.  One is that this passage is Luke’s version of the “Cliff’s Notes‘ summary of the Bible” that Jesus gave in Matthew 22:36-40.  (See The GIST of the matter.)  In other words, in His response to the smart-alecky lawyer’s question – trying to trick or “test” Him – Jesus did us all a big favor:

Jesus boiled the whole Bible down to two simple “shoulds.” You should try all your life to love, experience and get to know “God” with all you have. And to the extent possible, you should try to live peaceably with your “neighbors.” 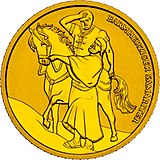 (See “Bible basics” revisited.”)  The other point is that in further response to the lawyer, Jesus went on to tell the Parable of the Good Samaritan.  (Portrayed at left.)  And I wrote about that parable in the post, On those “not-so-good” Samaritans.

For starters, one thing most people don’t know is that “calling someone a ‘Samaritan’ in the time of Jesus was pretty much like calling him a ‘Communist’ – or worse – in the America of the 1950s.”   The Jews – of which Jesus was one – hated Samaritans and the Samaritans in turn hated the Jews.  And tensions “were particularly high in the early decades of the 1st century because Samaritans had desecrated the Jewish Temple at Passover with human bones.”

That “Not-so-good” Samaritans post noted that in the eyes of Jesus’ Jewish audience, Samaritans were Second-Class Citizens, or worse.  “‘Thou art a Samaritan and hast a devil’ was the mode in which the Jews expressed themselves when at a loss for a bitter reproach.”

That’s reflected in Matthew 10:5–6, where Jesus told His disciples:  “Do not go among the Gentiles or enter any town of the Samaritans.” (E.A.)  And sometimes other Jews hurled this epithet at Jesus.  See John 8:48, where “The people retorted,  “You Samaritan devil!  Didn’t we say all along that you were possessed by a demon?”  (In the New Living Translation.)

The sentence [- “you’re a Samaritan!” -] is singularly insulting in its tone and form.  We cannot measure the exact amount of insult they condensed into this word, whether it be of heresy, or alienation from Israel, or accusation of impure descent. (E.A.)

All of which is another way of saying there’s more to this parable than meets the eye.

To get the full story, read On those “not-so-good” Samaritans yourself.

(The post includes the cute Samaritan at right, who “formally converted to Judaism at the age of 18” and did the voice-over role of “Ella of Frell (played by Anne Hathaway) in the Hebrew dub of the film ‘Ella Enchanted.’”)

And finally, the post cited Isaac Asimov.  He said the “flavor of the parable” could be set in modern terms with a “white southern farmer left for dead.”  The farmer would be ignored and passed over by a minister and sheriff, but helped and ultimately saved by a Negro sharecropper.

In other words, a man is not a “neighbor” because of what he is but because of what he does.  A goodhearted Samaritan is more the neighbor of a Jew, than a hardhearted fellow Jew.  And, by extension, one might argue that the parable teaches that all men are neighbors, since all men could do well and have compassion, regardless of nationality.  To love one’s neighbor is to love all men…  The point Jesus was making was that even a Samaritan could be a neighbor; how much more so, anyone else.

And finally, Asimov noted that only the Gospel of Luke included this parable, which is “among the most popular of all those attributed to Jesus, and which preaches universalism.”

The upper image is courtesy of Luke the Evangelist – Wikipedia.  The full caption: “’Luke paints the Madonna and the Baby Jesus,’ by Maarten van Heemskerck.”  On that note:

Christian tradition, starting from the 8th century, states that he [Luke] was the first icon painter.  He is said to have painted pictures of the Virgin Mary and Child…  He was also said to have painted Saints Peter and Paul, and to have illustrated a gospel book with a full cycle of miniatures.

The caption for the Parable of the Good Samaritan image reads:  “Christian Charity coin.”  The link-reference is to a Wikipedia article on Euro gold and silver commemorative coins, and specifically on Austrian coins, part of a collection “2000 Years of Christianity.”  One side of the coin portrays a “modern instance of Christian charity…  A nun working as a nurse comforts a sick man:”

The reverse depicts one of the best-known parables of the New Testament, the story of the Good Samaritan.  In this parable, Christ compares 3 differing responses to a stranger that has been attacked and robbed.  The coin shows the Good Samaritan with the wounded man on his horse as he takes him for medical attention.  On the coin, the text “Barmherziger Samariter” (“Merciful Samaritan”) can be read.

The “cute Samaritan” image is of Israeli actress Sofi Tzadka.  “Born as an Israeli Samaritan, along with her siblings [she] formally converted to Judaism at the age of 18.”

Asimov (1920-1992) was “an American author and professor of biochemistry at Boston University, best known for his works of science fiction and for his popular science books.  Asimov was one of the most prolific writers of all time, having written or edited more than 500 books and an estimated 90,000 letters and postcards.”  His list of books included those on “astronomy,mathematics, the Bible,William Shakespeare’s writing, and chemistry.”  He was a long-time member of Mensa, “albeit reluctantly;  he described some members of that organization as ‘brain-proud and aggressive about their IQs.’”

The lower image is courtesy of “The Good Samaritan (after Delacroix),” by Vincent Van Gogh.

(See also “Inclusion,” the practice where “different groups or individuals having different backgrounds like origin, age, race and ethnicity, religion, gender, sexual orientation and gender identity and other are culturally and socially accepted and welcomed, equally treated, etc.” )