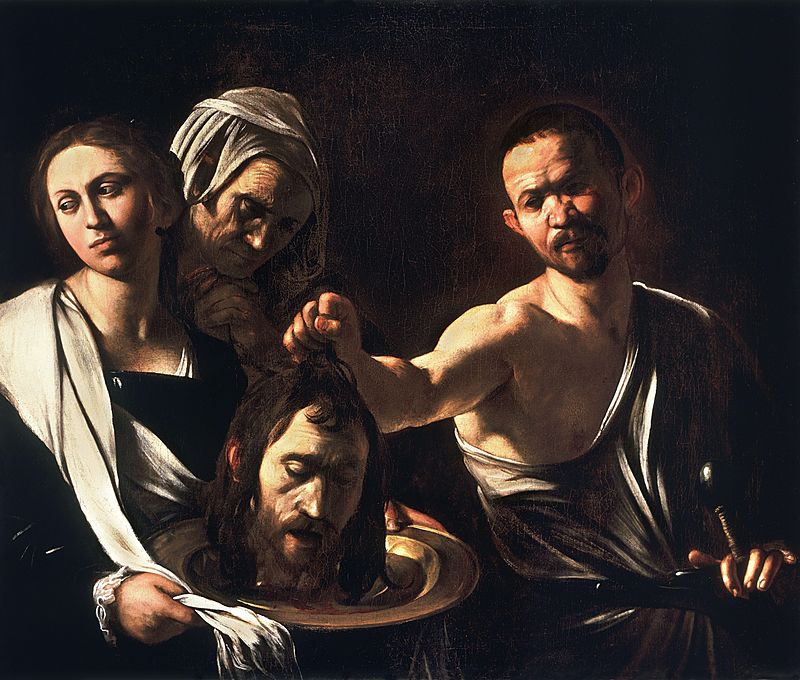 Salome with the Head of John the Baptist, meaning you sometimes have to “pay the price…”

Some two weeks ago or so I got back from three weeks in Israel.  (A post followed by My first full day in Jerusalem.)  Then right away I had to make a dramatic transition:  From free-wheeling world traveler to “weird uncle of the bride.”  Which is being interpreted:

After my adventures in Tel Aviv – getting lost hiking to the train station, taking the wrong train (away from the airport) and going 26 hours without sleep – I had to begin preparing for an 1,100 mile road trip up to Hadley, MA.

There my “favorite niece from Utah” was getting married.

There will be more on that happy event later, but first…  It’s time for me to remember the main theme of this blog, “exploring the mystical side of Bible reading.”  Which means in large part remembering the particular liturgical feast days, either coming up or just past.  In this case, the feast day for two saints, Peter and Paul, is coming up tomorrow, June 29.  And the feast day for the Nativity of John the Baptist, happened just last Monday, June 24.

Which is another way of saying John the Baptist served as precursor, forerunner or advance man for Jesus.  (As in, “News Flash:  Jesus is on the way!“)  Or as it says in the Collect for the Day: “your servant John the Baptist … sent to prepare the way of your Son our Savior.”

The Collect added that we too should follow John’s example, and “constantly speak the truth, boldly rebuke vice, and patiently suffer for the truth’s sake.”  (See Nativity of St. John.)  On the other hand we need to remember that doing that sometimes meaning “paying the price…”

As illustrated in the painting at the top of the page…

Then Peter, Paul – and other “relics” tells how these two apostles got martyred near the same time, and about the “translation of relics.”  (Which here meant moving – temporarily – “the remains of the two apostles” to keep them from being desecrated.)  But the main point is this:  Even though Peter and Paul came to argue vehemently over certain points of doctrine – as shown at left – they still worked together to spread the Gospel.  Which led to this thought:

Some Christians seem to think they have to be all “nicey-nicey,” all the &%#$ time, with each other and with non-Christians.  But the Feast of Peter and Paul goes to show it’s okay to have differences of opinion, or even “squabble” from time to time…

And that for that matter, it’s okay to argue with God too…

And now for that “favorite niece from Utah” getting married.  For a fuller treatment of the  1,100-mile road trip by which I got up to that happy event, see On a wedding in Hadley.  (From my companion blog.)  But again, here are some highlights.

One highlight involves the photo between the main text and notes below, of the wedding rehearsal Friday, June 21.  The father of the bride is practice-walking his daughter down the aisle made by two rows of chairs inside the massive tent in the front yard of the parents of the groom.  Although the bride-to-be’s looking back could be interpreted as having some deep symbolic meaning, that definitely wasn’t the case.  And the “cherub” seen in part just ahead of the father-and-bride belonged to one of the bridesmaids.  (So no hidden meaning there.) 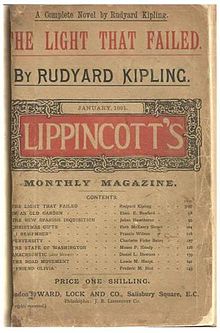 But of course all that was preceded by getting down to work on Thursday.  While the main wedding party worked on “favors,”  I helped by staying out of the way.  (As in “Lead, follow or get the hell out of the way.”)  And by reading a first (1908) edition of Kipling’s “The Light That Failed.”  (Another version shown at right.)

But I made up for it on Friday, by helping set up a tent-full of tables and chairs.  Then the wedding rehearsal finally started.  (A good bit after the scheduled 6:00 p.m. start time, but then the happy couple was definitely “not hung up on that deadline thing!”)

Then came the final preparations, all during the morning and early-afternoon of Saturday, wedding day, June 22.  Then came the count-down:  4:52 p.m. “It shan’t be long now!”  Then the Officiant getting some last-minute instructions, as shown by a photo in the notes below.

And then – It was TIME TO DANCE!

(As shown by a second photo in the notes below.) 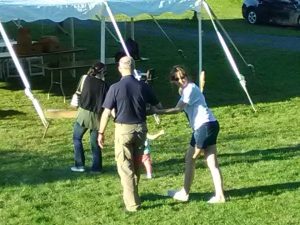 The upper image is courtesy of Salome with the Head of John the Baptist, (Wikipedia) by Michelangelo Marisi Caravaggio (1571-1621) “circa” 1621:  “His paintings combine a realistic observation of the human state, both physical and emotional, with a dramatic use of lighting…” 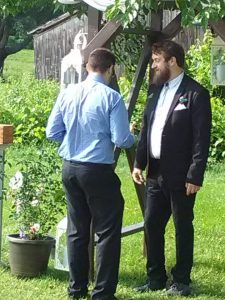 The Wikipedia caption for the Hadley MA image is “Town Hall and First Congregational Church.”  The “Officiant getting some last-minute instructions” photo – which I took – is shown at right.

Re:  The “(1908) edition of Kipling’s ‘The Light That Failed.’”  The future in-laws had quite the book collection in their lovely home…

As noted in the opening blurb, this blog has four main themes.  But first, my “time to dance” photo-image is shown at left.

Back to the four main themes:

For more on these themes, see the end-of-notes for the most recent post…