Should our freedoms be limited those available to the Founding Fathers?

Here’s a proposition:  The people who would interpret the United States Constitution strictly, narrowly or “fundamentally” are generally the same type who would do the same thing with the  Bible.   On that note see Originalism – Wikipedia, and how “originalism” might turn out to be a good way to read and explore the Bible.

In the context of United States constitutional interpretation, originalism is a principle of interpretation that tries to discover the original meaning or intent of the Constitution…  The term originated in the 1980s…. 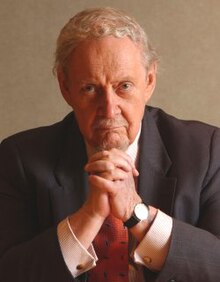 Wikipedia also noted that originalism is popular among political conservatives, and is “prominently associated with Antonin Scalia, Clarence Thomas and Robert Bork.”  (The guy at right, who looks like the guy in high school voted “most likely to throw the book at you.”)  Then there is the “original meaning theory,” closely related to “textualism.”

Textualism in turn is a theory of statutory interpretation, “holding that a statute‘s ordinary meaning should govern its interpretation, as opposed to inquiries into non-textual sources such as …   the problem it was intended to remedy, or substantive questions of the justice and rectitude of the law.”  See Textualism – Wikipedia.

Getting back to the idea of originalism, it is the view “the view that interpretation of a written constitution or law should be based on what reasonable persons living at the time of its adoption would have declared the ordinary meaning of the text to be.  It is with this view that most originalists, such as Justice Scalia, are associated.”

So what would “reasonable persons” at the time the Bible was written have thought about – say – writers like Moses, or Jeremiah?  Might not a reasonable Egyptian at the time of Moses think he was merely a felon – and a murderous one at that – who had fled the justice due from the land of his birth?  And might not a reasonable king at the time of Jeremiah think he was merely some upstart trouble-maker – if not a traitor to his country – who deserved to be cast into that well?

Then too, if the Bible can be seen as a “constitution,” could one of the best ways to read and interpret it be to examine the background and motives of the people who wrote it?    Hmmmm…

Then there’s the theory that the “primary alternative to originalism is most commonly described as the Living Constitution;  a view that the Constitution is ‘evolving, changing over time, and adapts to new circumstances.'”

For some answers to these questions see THE BASICS, above.

The short answer is:  You can’t.  And another short answer could be that – sometimes – it might be a good idea to just go ahead and “argue with God.”  Like it says in More on “arguing with God” – and St. Mark as Cinderella, from last April 22.  And which included the image below:

“Jacob wrestling with the Angel…”

The upper image, “Scene at the Signing of the Constitution of the United States,” is courtesy of Wikipedia.  The 1940 painting was by Howard Chandler Christy (1873–1952).

The lower image, courtesy of Wikipedia, is Jacob Wrestling with the Angel, by Alexander Louis Leloir(1865).  Leloir (1843-1884), was a a French painter specializing in genre and history paintings. His younger brother was painter and playwright Maurice Leloir.