“The Calling of Saints Peter and Andrew,” by Caravaggio…

Following up on Advent – 2015, this post continues the Season of Advent theme:

One problem:  Even Scrooge recognized that “Christmas is a very busy time for us.”

So to keep you abreast of your Bible-readings and Feast Days, I present this “Advent Medley.”

For one thing, note that last Monday – November 30 – was the Feast of St. Andrew, the “First Apostle.”  And that according to the National Catholic Register, “St. Andrew was one of Jesus’ closest disciples, but many people know little about him.” Which is another way of saying that Andrew was pretty important, but that he often gets overlooked:

The letter was written to the church at Philippi, one of the earliest churches to be founded in Europe.  They [the Philippians] were very attached to Paul, just as he was very fond of them.  Of all the churches, their contributions (which Paul gratefully acknowledges) are among the only ones he accepts.  (See Acts 20:33–35; 2 Cor. 11:7–12; 2 Thess. 3:8).

Paul began this Sunday’s reading, “I thank my God every time I remember you.”  And in Philippians 1:9, he echoed Psalm 119:66.  In the NLT, Paul prayed “that your love will overflow more and more, and that you will keep on growing in knowledge and understanding.”  Psalm 119:66 asks of God:  “Teach me knowledge and good judgment, for I trust your commands.”

Every valley shall be raised up, every mountain and hill made low; the rough ground shall become level, the rugged places a plain.  And the glory of the LORD will be revealed, and all people will see it together.  For the mouth of the LORD has spoken.

All of which served to introduce John the Baptist, the “son of Zechariah.” 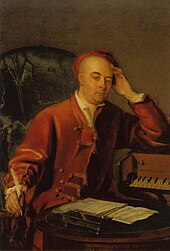 And which brings to mind Handel’s Messiah. (Especially popular this time of year.  Handel is shown at left.)

For more on John – shown “preaching” in the lower image – see The Nativity of John the Baptist.  And finally, next Monday – December 7 – is the Feast Day of Ambrose of Milan.

In the Catholic Church, Ambrose is one of “Eight Doctors of the Church” and four “Fathers of the Western Church.” His day is unique because most saints are remembered on the day they died.  But Ambrose died in April 397.  (1,618 years ago.)  And his death-date falls so often in Easter that his feast day got moved to the date he got consecrated as bishop.  (To avoid conflict.)

Another note:  At a time of dispute and faction, he appealed to the “better angels.”  (A skill we could use today.)  When the time came to elect a new bishop, rioting was in order.  (“The city was evenly divided between Arians and Athanasians.”)  But then:

Ambrose went to the meeting where the election was to take place, and appealed to the crowd for order and good will on both sides.  He ended up being elected bishop with the support of both sides.

Note also that after he got elected bishop, he gave away his considerable wealth and “lived in simplicity.”  Beyond that, he was personally brave.

The Roman Emperor Theodosius I once had his soldiers kill a defiant crowd of people, then showed up for church.  But Ambrose blocked the way:  “You may not come in.  There is blood on your hands.”  Theodosius finally gave in and did public penance.

But perhaps his greatest work was converting St. Augustine of Hippo.  (Whose writings “influenced the development of Western Christianity and Western philosophy“):

He [St. Augustine] is viewed as one of the most important Church Fathers in Western Christianity for his writings in the Patristic Era.  Among his most important works are The City of God and Confessions.

For that and more we celebrate the life of St. Ambrose.

And in so doing, maybe we can work on finding that true meaning of Christmas:  “discovering your humanity and connecting with humanity around you.” 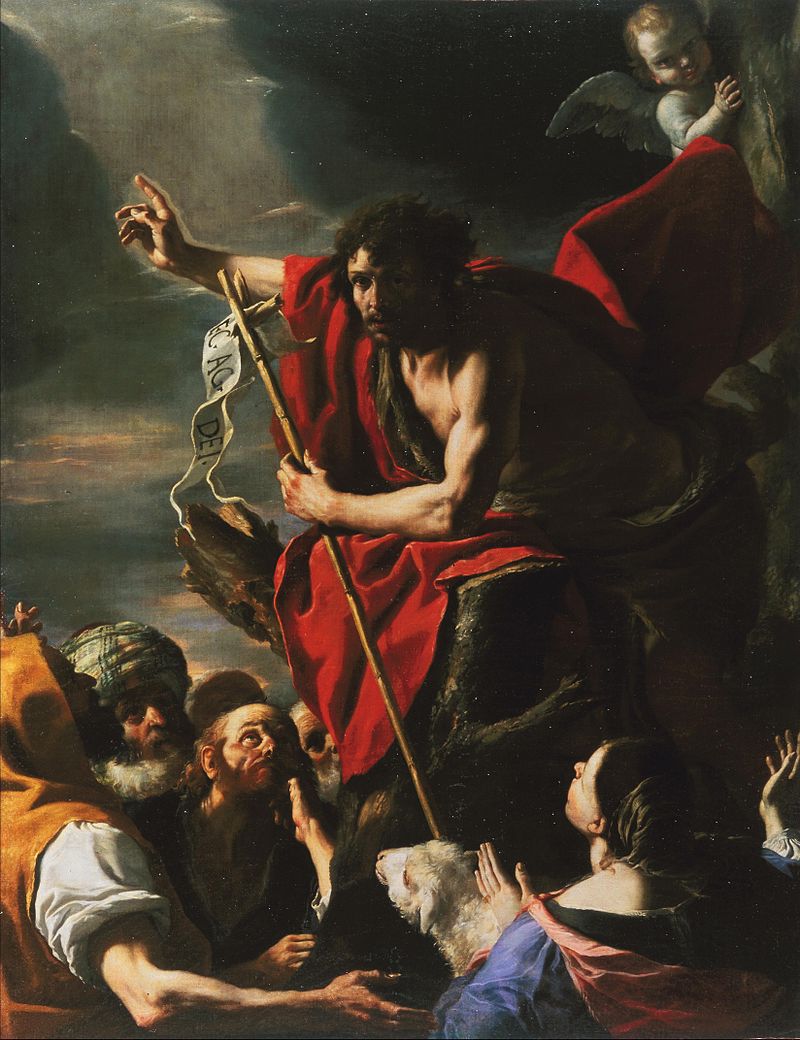 The upper image is courtesy of Caravaggio: The calling of Sts Peter and Andrew – Art:

A beardless Jesus gestures Peter … and his brother Andrew to follow him…  Caravaggio gives his own interpretation. Because of his prominence, the man on the left is thought to be Peter…  One of the details that shows this work must be the original is a carving in the ground layer under Peter’s ear.  Caravaggio often used such incissions [sic]…

See also, The Calling of Saints Peter and Andrew – Wikipedia.

Re: Scrooge.  He expressed his sentiment to “Bob Cratchit.”  See also This time of year is busy and hectic for all of us, an apparent take-off, delving into the true meaning of Christmas.

The final quote – on “discovering your humanity,” etc. – is from “hectic for all of us.”

Re: the Feast of St. Andrew, “First Apostle.”  (From which the upper image was borrowed.)  That post noted that the church I attend is named after St. Andrew.  But like St. Ambrose, Andrew’s Feast Day is often superseded – by the First Sunday of Advent – or transferred to what would normally be the Second Sunday of Advent.  Note also that Andrew is often shown holding a saltire – or x-shaped cross – on which he was “martyred.”

Re: John the Baptist.  According to Luke, he began preaching “in the fifteenth year of the reign of Emperor Tiberius, when Pontius Pilate was governor of Judea, and Herod was ruler of Galilee…”

Re: Handel’s Messiah.  See for example, Messiah Every Valley & Hallelujah.  Or for a live version see Messiah (Handel) … “Every valley.”

For more in St. Ambrose see Ambrose – Wikipedia:  “Ambrose was one of the four original doctors of the Church, and is the patron saint of Milan.  He is notable for his influence on St. Augustine.”  See also Doctor of the Church and Church Fathers – Wikipedia.

The date of Ambrose’s death – in April – “so often falls in Holy Week or Easter Week” that his feast day is celebrated on the date he got consecrated as bishop.

See also Massacre of Thessalonica – Wikipedia, referring to “an atrocity carried out by Gothic troops under the Roman Emperor Theodosius I in 390 against the inhabitants of Thessalonica, who had risen in revolt against the Germanic soldiers.”

See also www.nationalgallery.org.uk/paintings/caravaggio:, on the beheading of John:  “The subject is from the New Testament [Mark 6, verses 14-29].  Salome had danced so well for King Herod that he swore he would grant her any request.  Her mother, Herodias, who sought revenge on John the Baptist, persuaded Salome to ask for his head.  The old woman behind Salome may be Herodias.”