The “nativity of Jesus” – a.k.a. Christmas – marking the birth of a new way to get to know God… 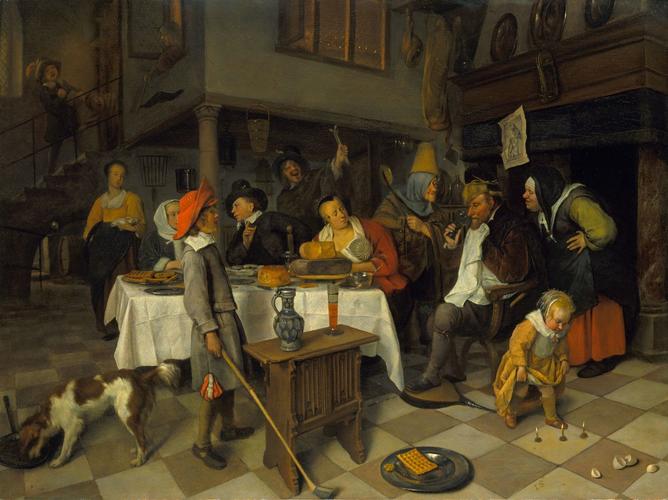 On that note, the full 12 Days of Christmas just ended this past Sunday, January 6:

The Twelve Days of Christmas is the festive Christian season [including “Twelfth Night,” shown above left] beginning on Christmas Day … that celebrates the birth of Jesus Christ, as the Son of God.  This period is also known as Christmastide…   The Feast of the Epiphany is on 6 January [and] celebrates the visit of the Wise Men (Magi) and their bringing of gifts to the child Jesus.  In some traditions, the feast of Epiphany and Twelfth Day overlap.

See also Happy Epiphany – 2018, which noted this Feast Day has a number of different names.  Like Epiphany proper, which “celebrates the revelation of God incarnate as Jesus Christ.”  It’s also known as the last of the Twelve Days of Christmas.  (Again, just to confuse things, the evening of January 5 is called Twelfth Night.)  But wait, there’s still another name for January 6.   It’s also known as Three Kings Day.  (As in, “We Three Kings of Orient are…”)

For more on these topics, check Epiphany, circumcision, and “3 wise guys,” and To Epiphany – “and BEYOND!”  The “Three Wise Guys” posted noted that in its original sense – circa 600 A.D. – the term Magi meant “followers of Zoroastrianism or Zoroaster.”  Also, the consensus that there were three kings started because they brought three gifts:  Gold, frankincense, and myrrh. 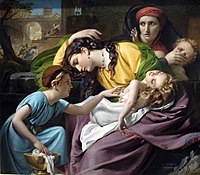 And while a literal view of the Three Wise Men story has them getting to the manger-scene just after Jesus was born, the truth seems a bit harder to pin down.  Some say they arrived the same winter Jesus was born, while others say they came two winters after his birth.  That would explain Herod’s order – noted in Matthew 2:16–18 – that his soldiers kill “all the male children that were in Bethlehem, and in all the borders thereof, from two years old and under.”   (Known as the “Massacre of the Innocents,” illustrated at right.)

On a more cheerful note, we’re familiar with the three wise men largely thanks to a Christmas carol,  “We Three Kings of Orient Are.”  (For an “old-timey” version see Kings College Choir, Cambridge.  Another note:  The “3 wise guys” post went into great detail on the circumcision of Jesus, leading one authority to call January 1st the time “when Our Lord first shed His blood for us.”  And about the practice dating back to ancient Egypt, whose “Book of the Dead describes the sun god Ra as having circumcised himself.”  (That “Ra guy had to be “One Tough Monkey!”)

And finally, To Epiphany – “and BEYOND” explored the issue of “sin” as sometimes held out:

[T]he concepts of sin, repentance and confession should be viewed as “tools to help us get closer to the target.”  In other words, they help us grow and develop, and are not to be used as a means of social control…  Note also that the “Biblical Greek term for sin [amartia], means ‘missing the mark,’” and implies that “one’s aim is out and that one has not reached the goal, one’s fullest potential.”

And that – after all – is what the true Christian should be working for, during these alternating seasons of celebration and reflection:  To reach his or her full potential…

But as noted in Announcing a new E-book, some say conservatives are the only real Christians.  And such stick-in-the-mud Christians will likely object – e.g. – to calling the Old Testament the “Conservative Testament.”  (That Jesus had to change, to bring up to date; see the notes.)

So – just in case some conservative Christian says anyone who believes in such things is “going to hell” – we can just quote 1st John 4:15:  “Whoever confesses that Jesus is the Son of God, God abides in him, and he in God.”  Also, as I’ve indicated before, in prior blogs:

If Jesus had been a conservative, we’d all be Jewish!

An image from “Discovering the Jewish Jesus…”

The upper image is courtesy of Christmas – Wikipedia.  The caption:  “‘Adoration of the Shepherds’ (1622) by Gerard van Honthorst [which] depicts the nativity of Jesus.”

Re:  Christmas as “the birth of a new way to get closer to God.”  You might even call the birth of Jesus the start of a whole New Testament, and thus what might be called the Liberal Testament.  That is, the newer Testament designed “to attain the objects for which the instrument is designed and the purpose to which it is applied.”  Which would be the Bible, and it’s goal of “saving” as many people as possible.  See for example, 2 Peter 3:9, “The Lord isn’t slow to do what he promised, as some people think.  Rather, he is patient for your sake.  He doesn’t want to destroy anyone but wants all people to have an opportunity to turn to him and change the way they think and act.”

That would be as opposed to the Old Testament, or what might be called the “Conservative Testament.”  See for example Strict constructionism – Wikipedia, which noted in part that “strictly literal interpretations” can lead to logically-deduced absurdities.  (Leading in turn to the “doctrine of absurdity, which holds that  common sense interpretations should be preferred over a “literal reading of a law or of original intent.”)  On that note see Isaiah 66, “Whoever kills a bull is like someone who kills a person.”  How many Bible literalists would support that interpretation today?  Which leads us back to the standard notes (below), holding that “this blog takes issue with boot-camp Christians.  They’re the Biblical literalists who never go ‘beyond the fundamentals.’”

Re:  “If Jesus had been a conservative, we’d all be Jewish.”  See Jesus: Liberal or Fundamentalist?  To which might be added, “Not that there’s anything wrong with that.”  See The Outing (Seinfeld) – Wikipedia, on the 57th episode of the sitcom, and it’s “popular catchphrase among fans.”

The lower image is courtesy of Discovering the Jewish Jesus – Israel – Jerusalem Post.  The article – originally dated December 7, 2005 – began:  “Jesus Christ is the most famous Jew of all time, but is today remembered as a Christian.”  The article later added:

How odd that the Jews would accept a Christian version of one of their brethren rather than seeking to discover the man entombed beneath the myth.  Like a mummy whose bandages must be removed, 2,000 years of Christian gauze must be stripped away so we may discover the Jewish Jesus.  We may do so by reading the original story of Jesus in the New Testament, before it was modified by Pauline and Lucan editors…   These Christian editors hid the real Jesus’ message of political revolution against Rome, thereby transforming him into a sound-bite-speaking do-gooder who loved the Romans and hated his people.  THE REAL Jesus was a deeply religious Jewish patriot who despised the Romans for their cruelty to his people and for their paganism.  He never once abrogated the laws of the Torah, and expressly condemned those who advocated doing so (Matt. 5:18).

See also Jesus – Wikipedia, which noted the Islamic view of Jesus:  “A major figure in Islam, [He] is considered to be a messenger of God (Allah) and the Messiah (al-Masih) who was sent to guide the Children of Israel (Bani Isra’il) with a new scripture…  Muslims regard the gospels of the New Testament as inauthentic, and believe that Jesus’ original message was lost or altered.”  And finally, “Belief in Jesus (and all other messengers of God) is a requirement for being a Muslim.  The Quran mentions Jesus by name 25 times—more often than Muhammad.”  The image at left reads:  “The name Jesus son of Mary written in Islamic calligraphy followed by Peace be upon him.”