The “First Thanksgiving at Plymouth,” as envisioned by Jennie Augusta Brownscombe…

I posted the painting above at the end of On the first Thanksgiving – Part II, in 2014.  (And an FYI:  I included a footnote – featuring Dirty Harry – which asked the rhetorical question, “So, punk, do you feel like getting chastened and liberated?”)

Which had to do with pilgrimages in general.

And which seems especially appropriate, given my own recent pilgrimage to Spain and the Camino de Santiago.  (See “Hola! Buen Camino!”)  And incidentally, the “Santiago” in that pilgrims’ route refers to “St. James the Greater.”  He in turn is the “patron saint of pilgrims and pilgrimages.”  Further on, the post on St. James included this:

“In the spiritual literature of Christianity, the concept of pilgrim and pilgrimage may refer to the experience of life in the world (considered as a period of exile) or to the inner path of the spiritual aspirant from a state of wretchedness to a state of beatitude.”

I don’t know about that “state of beatitude” at the end of my Camino trip.  However, I do know that I was pretty darned happy to be back in the ATL and “God’s Country.”  Anyway, I ended the St. James post with this:   “you could say that – in a sense – we’re all Pilgrims…”

Which brings us back to that First Thanksgiving…  And which ties in to my last post, “No such thing as a ‘conservative Christian…’”

As noted,* the Pilgrims who landed at Plymouth Rock suffered greatly for their faith.  49 of the original 102 died between 1620 – when they landed – and that First Thanksgiving in 1621.  Of the 18 adult women, only four survived that first winter.  And they did all that  just to get the hell away from “conservatives” back home!

And incidentally, the word “pilgrims” – applied to passengers of the Mayflower – first came from the pen of William Bradford.  (Of whom it is said the author is a distant relative.)

In his book, Of Plymouth Plantation, Bradford wrote about whether they should return to England, from their stay in Holland.  He noted that he and his compatriots “had the opportunity to return to their old country but instead longed for a better, heavenly country.”

In other words, they wanted to get the hell away from “conservatives” back home!  (Conservatives, how about “Make America Better!”  It never stopped being great, “fool!”)

Anyway, Bradford also wrote about conditions that made that decision easier:

[The “Pilgrims” in England] were hunted & persecuted on every side, so as their former afflictions were but as flea-bitings in comparison of these which now came upon them.  For some were taken & clapt up in prison, others had their houses besett & watcht night and day, & hardly escaped… 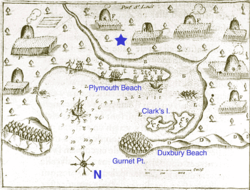 There were others who were tortured, refusing to be released so that they might gain an even better resurrection.  Some faced jeers and flogging, and even chains and imprisonment.  They were put to death by stoning;  they were sawed in two;  they were killed by the sword.

And all of which – arguably – came at the hands of conservatives.  The same “conservatives” who threatened to stone Moses, who insisted the world was flat and threatened anyone who disagreed, and burned people at the stake in the form of the Spanish Inquisition…

Of course some of the foregoing is mere hyperbole:  “exaggeration as a rhetorical device… In poetry and oratory, it emphasizes, evokes strong feelings, and creates strong impressions.  As a figure of speech, it is usually not meant to be taken literally.”

The problem is that today’s conservatives – in both politics and religion – have used hyperbole so long and so often that they do take it literally.  They ignore the fact that “If Jesus was a Conservative, how come we’re not all Jewish?”  (See The “Bizarro Rick Santorum” says.)

Which leads to this thought:  It’s time for all of us to take a long pilgrimage away from our gross overuse of hyperbole – to the point where far too many people take it far too literally.  Enough of “strong feelings” and “strong impressions.”  Let’s all tone it down a bit.

Come now, and let us reason together, saith the Lord…

That’s from Isaiah 1:18, in the King James Version.  (You know, the one God uses…)  And that seems to be a Bible passage that today’s “conservative Christians” seem to ignore.

Meanwhile, those of us who  aren’t “conservative Christians” still have reason to give thanks on this holiday.  Those of us who dare call such conservatives to account aren’t “hunted & persecuted on every side,” we aren’t “taken & clapt up in prison,” and we aren’t “put to death by stoning,” “sawed in two,” or “killed by the sword.”   (Not yet anyway…)

As to the phrase “whole new world” in the caption below:  It’s “a nod to the song by that name in the movie Aladdin.”  See A whole new world … YouTube.  and Whole New World Lyrics:

“A whole new world,  A new fantastic point of view,  No one to tell us no,  Or where to go…  Unbelievable sights, Indescribable feeling, Soaring, tumbling, freewheeling, Through an endless diamond sky…”

All of which could describe the feelings of any pilgrim setting out for any “new world.”  But finding that New World necessarily entails getting the heck away from the conservatives!

But finally, to all y’all out there, liberal, conservative, and way too “moderate and nicey-nicey:”

Have a Happy Thanksgiving!!!

Or as it says in Deuteronomy 26:11, “Then you, together with the Levites and the aliens who reside among you, shall celebrate with all the bounty that the Lord your God has given to you and to your house.”  But of course, the “emphasis” brings up a whole ‘nother subject entirely… The caption for the map to the right of the paragraph beginning “See Pilgrims (Plymouth Colony) – Wikipedia,” is captioned:  “Samuel de Champlain‘s 1605 map of Plymouth Harbor, showing Wampanoag village Patuxet, with some modern place names added for reference.  The star is the approximate location of the 1620 English settlement.”

The lower image is courtesy of Pilgrim Fathers – Wikipedia:  “Embarkation of the Pilgrims (1857) by the American painter Robert Walter Weir at the Brooklyn Museum in New York City.”