St. Andrew – the Protoklete or ‘First Called’ apostle” – brought his brother Peter along with him…

Thursday, November 30, is the Feast day for St. Andrew.   And:  “Just as Andrew was the first of the Apostles, so his feast is taken in the West to be the beginning of the Church Year.”

Which brings up that Liturgical (church)  year that begins with the Season of Advent:

Advent is “a time of expectant waiting and preparation for the celebration of the Nativity of Jesus at Christmas.”  The theme of Bible readings is to prepare for the Second Coming while “commemorating the First Coming of Christ at Christmas….”  The season offers the opportunity to share in the ancient longing for the coming of the Messiah…  (E.A.)

As Wikipedia also noted, the church calendar “divides the year into a series of seasons, each with their own mood, theological emphases, and modes of prayer.”  Put another way, “Advent” begins on the fourth Sunday before Christmas, and/or “the Sunday nearest to St. Andrew’s Day (30 November).”  So this year the First Sunday of Advent falls on December 3.  (Which is also the Sunday closest to St. Andrew’s day.)

Incidentally, the Fourth Sunday of Advent is Christmas Eve Day.  (Which is cutting it really close.)

And which brings us back to St. Andrew.  As noted in St. Andrew, the “First Apostle,” Andrew was one of Jesus’ closest disciples, but many people know very little about him.   Which is another way of saying that he was pretty important, but that he often gets overlooked:

All of which means that if it hadn’t been for Andrew – dragging his brother along – we might never have had a St. Peter.   Also incidentally, St. Andrew ended up crucified on an x-shaped cross, as illustrated above left.  (Which will be tied in a bit further below…)

Andrew chose that method – according to tradition – because he  “deemed himself unworthy to be crucified on the same type of cross as Jesus had been.”  And that x-shaped cross –  a saltire or crux decussata – is now commonly called a “Saint Andrew’s Cross.”  (Which appears on a number of flags and emblems, including Great Britain’s Union Jack, seen at right.)

And that raises the question, How Did The Other Apostles Die?

Short answers:  Peter and Paul died in Rome around 66 A.D.  Paul was beheaded – an “honor,” because he was a Roman citizen – while Peter chose to be crucified upside down.  (Like Andrew, he “did not feel he was worthy to die in the same manner as his Lord.”)  Matthias – who replaced Judas Iscariot – died by burning.  Thomas was “pierced through with the spears of four soldiers.” Philip was “arrested and cruelly put to death,” for converting the wife of a Roman proconsul. And James was said to have been “stoned and then clubbed to death.*”

And all of that brings up the hoax – if not heresy – of “prosperity theology.”

Briefly, prosperity theology “is a religious belief among some Christians [which] views the Bible as a contract between God and humans:  if humans have faith in God, he will deliver security and prosperity.”  Which brings up the question:  Didn’t the Apostles have faith in God? 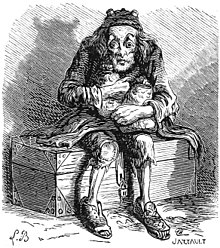 The short answer is yes they did, but they certainly didn’t end up secure and prosperous.  They ended up with something far more precious, despite their gruesome deaths  See 1 Peter 1:6-7:

In all this you greatly rejoice, though now for a little while you may have had to suffer grief in all kinds of trials.  These have come so that the proven genuineness of your faith – more precious than gold, which perishes even though refined by fire – may result in praise, glory and honor when Jesus Christ is revealed.

Then too, as Jesus Himself said in Matthew 6:24:  “No man can serve two masters…  Ye cannot serve God and mammon.”  (In the King James Version, the Bible God uses.  “Mammon” is illustrated above left.)  And speaking of a “contract,” according to the Wex Legal Dictionary it is an “agreement between private parties creating mutual obligations enforceable by law.”

So, if Mr. Prosperity Theologist feels like he isn’t getting all he “deserves” from God, in what court will he file a lawsuit?  (See e.g., You Can Sue God, But You Can’t Win.  For one thing, “There could never be service effectuated on the named defendant…”)  But we’re digressing here. 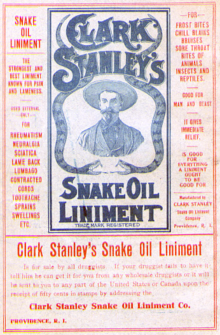 The point is that mixing up the worship of God and Mammon has been around since the time of Jesus.

The same could be said of “peddling God’s word,” along with other forms of hucksterism.  That’s also been around for some 2,000 years.  See for example, 2 Corinthians 2:17.  In the New Living Translation it reads, “You see, we are not like the many hucksters who preach for personal profit.”  Or in the New International Version:  “Unlike so many, we do not peddle the word of God for profit.”

As to all of which a follower of prosperity theology might simply say, “Why bother with all that Advent rigamarole?  I’ve got a contract with God.  He owes me!!”

In the meantime, the rest of us can enjoy the upcoming “time of expectant waiting and preparation for the celebration of the Nativity of Jesus at Christmas.”  And also the calling of St. Andrew, who – along with his brother Peter – were two of the preeminent Apostles…

“The Calling of Saints Peter and Andrew,” by Caravaggio…

The upper image is courtesy of Andrew the Apostle – Wikipedia.  The caption:  “‘Saint Andrew the Apostle’ by Artus Wolffort.”  Note also that an asterisk in the main text indicates a statement supported by a reference detailed further in this “notes” section.

Thus as to how other Apostles died:  Of the rest of the 12, some accounts say Matthew “was not martyred, while others say he was stabbed to death in Ethiopia.”  There are various accounts of how Bartholomew “met his death as a martyr for the gospel.”  Simon the Zealot was said to have been “killed after refusing to sacrifice to the sun god.”  Only John was “thought to have died a natural death from old age,” after writing the last book of the Bible, the Book of Revelation.  But an early tradition had him “escaping unhurt after being cast into boiling oil.”

The “snake oil” image is courtesy of Patent medicine – Wikipedia.

The lower image is courtesy of Caravaggio: The calling of Sts Peter and Andrew – Art:

A beardless Jesus gestures Peter … and his brother Andrew to follow him…  Caravaggio gives his own interpretation.  Because of his prominence, the man on the left is thought to be Peter…  One of the details that shows this work must be the original is a carving in the ground layer under Peter’s ear.  Caravaggio often used such incissions [sic]…

See also, The Calling of Saints Peter and Andrew – Wikipedia.

And finally, a distinction between “prosperity theology” and lives of abundance, per John 10:10:

“Abundant life” is a term used to refer to Christian teachings on fullness of life…  For a Christian, fullness of life is not measured in terms of “fun” and “living large”, or in terms of wealth, prestige, position, and power, but measured by fulfilled lives of responsibility and self-restraint, and the rewards and blessings that accrue over a lifetime of pleasing God. According to the abundant life interpretation, the Bible has promises of wealth, health, and well-being, but these promises are conditional promises.

In other words – Mr. Prosperity Theologist – lots of luck in that lawsuit where you start off, “I’ve got a contract with God.  He owes me!!“