The prophet Hosea, whose wife Gomer was a prostitute…

Beginning on Sunday September 21, the Old Testament Daily Office Readings (DORs) have been from the book of Hosea.  Those readings go on until Monday October 6, but the climax of the book came in the reading for Thursday October 2, with this message from God:

That’s the Living Bible translation of Hosea 6:6.  The Good News translation – with the heading “The People’s Insincere Repentance” – reads like this, “I want your constant love, not your animal sacrifices.  I would rather have my people know me than burn offerings to me.”

(Which is pretty much the theme of this blog; that and the idea that the best way to get to know Him is to use the brain that God gave you…)

On that note, think of the wife at home who keeps getting wonderful gifts from her husband, but without either his attention or his love.  He may be rich, and likely is very busy, so whether he’s cheating on his wife or not, he’s too busy to give his partner the attention she wants.

In other words, he takes her for granted, which seems to be how some people treat God.

See also the Lesson of the widow’s mite – Wikipedia, where “Jesus explains to his disciples that the small sacrifices of the poor mean more to God than the extravagant, but proportionately lesser, donations of the rich.”

Which  brings us back to Hosea and his wife, Gomer.   The prophet “married the prostitute Gomer, the daughter of Diblaim, at God‘s command.”  (Hosea 1:2-3.)

Hosea used his own experience as a symbolic representation of God and Israel:  God the husband, Israel the wife.   Hosea’s wife left him to go with other men;  Israel left the Lord to go with false gods.   Hosea searched for his wife, found her and brought her back;  God would not abandon Israel and brought them back even though they had forsaken him.

See Hosea – Wikipedia, the free encyclopedia, and also Book of Hosea – Wikipedia, the free encyclopedia, which put it this way:  God told Hosea to “marry a promiscuous woman of ill-repute, and he did so.”  So Hosea’s marriage to this unfaithful woman came to symbolize the “marriage” between God and Israel.  But Israel was unfaithful, “symbolized by a harlot who violates the obligations of marriage.”

Incidentally, Hosea 8:7 is also known for Reap the whirlwind (phrase), a term “derived from the proverbial phrase ‘They that sow the wind, shall reap the whirlwind.'”   An example of the phrase “used in a sentence” comes from World War II:  “It was famously used by Bomber Harris in response to the Blitz of 1940 when he said:

‘The Nazis entered this war under the rather childish delusion that they were going to bomb everybody else, and nobody was going to bomb them.  At Rotterdam, London, Warsaw, and half a hundred other places, they put that rather naive theory into operation.  They sowed the wind, and now, they are going to reap the whirlwind.'”

Some other tidbits:  In English his name would be “Joseph,” and his name is related to “Joshua,” which like the name Hosea translates as “salvation.”   Also:

[F]eminist interpretation regards the story of Hosea and his relations with his wife Gomer as a metaphor for the conflict between a Covenant Theology (Israel violating the covenant relationship with YHWH) and a Creation Theology (YHWH will undo the fertility of the earth in response to Israel following other fertility gods).

See Gomer (wife of Hosea) – Wikipedia.  There was another Gomer in or related to the Bible, “the eldest son of Japheth (and of the Japhetic line), and father of Ashkenaz, Riphath, and Togarmah, according to the ‘Table of Nations’ in the Hebrew Bible.”  See Gomer – Wikipedia.

And finally, “gomer” has a different meaning in the medical field.  See Urban Dictionary: gomer:

Medical slang for a patient who “has lost – often through age – what goes into being a human being” (quote from Samuel Shem’s “The House Of God”).  Typically an old demented noncommunicative patient.  Stands for “Get Out Of My Emergency Room” [as in:]  I wish that gomer in room 3820 would stop moaning.

So who knew there were so many gomers in the world? 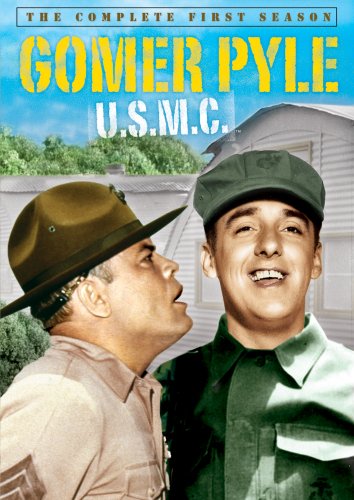 The upper image is courtesy of Hosea – Wikipedia, the free encyclopedia.  See also the blog But Not Yet, and/or www.butnotyet.com/2012/10/being-a-prophet-isnt-all-its-cracked…, the name of which apparently comes from a quote attributed to St. Augustine, “As a youth I prayed, ‘Give me chastity and continence, but not yet…’”

The post with the upper image – Being a Prophet Isn’t All It’s Cracked Up To Be – included a review of a speech given by Rick Santorum, in which he asked if there was “such a thing as a sincere liberal Christian?”  The blogger noted that the gist of the speech was that “unless you believe exactly as he does, you’re not a Christian.”  See above, “too many think The Faith is about following their rules.”

For further information on the prophet Hosea, see Hosea Facts, information, pictures | Encyclopedia.com …, and/or Overview of Hosea: The Prophet and the Prostitute.