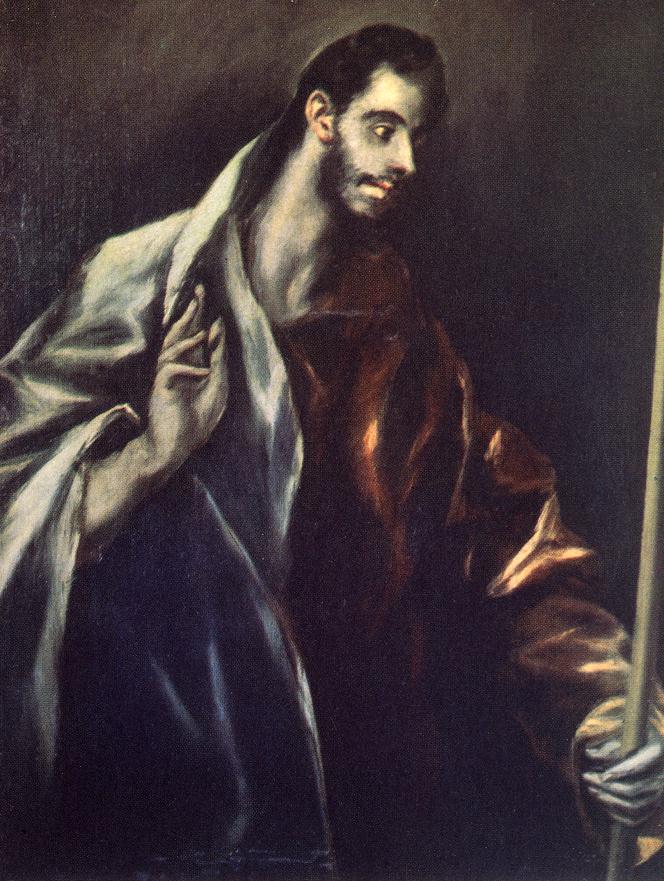 Thomas the Apostle, as envisioned in El Greco‘s “dramatic and expressionistic style…” 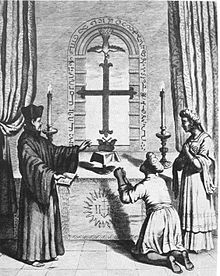 The year 2017 is rapidly drawing to a close.  At the same time, Christmas is only a few days away.  But first comes the Feast day of Thomas the Apostle, on December 21.  And Thomas – in his own way – serves as a metaphor for all us “Doubters.”

(At least until we saw the light that is, and came to Jesus…)

Incidentally, after his “doubting episode” with the risen Jesus, Thomas traveled at least as far as India in his missionary journeys.  (The image at left shows the “Shrine of Saint Thomas in Mylapore,” where legend has it that he was martyred.) 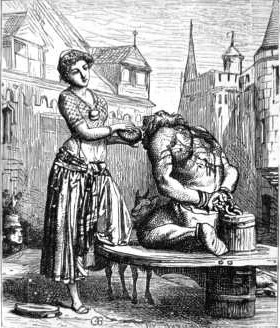 That Doubting Thomas Sunday – in Easter – is so called because it always features the Gospel reading from John 20:19-31:

But Thomas (who was called the Twin), one of the twelve, was not with them when Jesus came.  So the other disciples told him, “We have seen the Lord.”  But he said to them, “Unless I see the mark of the nails in his hands, and put my finger in the mark of the nails and my hand in his side, I will not believe.”

But the second Sunday of Easter is also called the “Sunday of Many Names.”  Those names include the “Octave of Easter,” and “Quasimodo Sunday.”

(The “octave” in question is the eighth day of Easter, or Sunday right after Easter Sunday.  And “Quasimodo” doesn’t refer to the guy shown above right, better known as the “Hunchback of Notre Dame.”  It refers to the Latin for the beginning of First Peter 2:2, also read that day.  In Latin the verse reads:  “Quasi modo geniti infantes.”  A rough translation:  “As if in the manner of newborn babes…”)

The point is that according to Wikipedia, the term Doubting Thomas refers to a “skeptic who refuses to believe without direct personal experience.”

But that’s exactly what going to church and reading the Bible is supposed to provide:  An opportunity to have a direct and personal experience with the Force that Created the Universe.  (See Develop your talents with Bible study and The Bible and mysticism, which said Christianity is about “obtaining unity with God, through Christ.”)

The latter post on mysticism included the definition of a mystic as “a person who seeks by contemplation and self-surrender to obtain unity with or absorption into the Deity or the absolute…”  In other words, a person who seeks a direct personal experience with God.

The post also included a reference to page 339 of the Book of Common Prayer, which says that “by sharing Holy Communion we are assured ‘that we are very members incorporate in the mystical body of thy Son…’”  (Emphasis added.)

Which – to my way of thinking – is what Christianity is all about:  Obtaining a mystical unity with God, through Christ, by and through direct personal experience,  just like “Doubting Thomas.”

But it’s only the mystical side that can lead to a direct personal experience with God, and Thomas the Apostle is a reminder that – hard as that may be – it can be done….

The “Mystic marriage of Christ and the Church…”

The upper image is courtesy of Apostle St Thomas by GRECO, El – wga.hu.  For more on Thomas and his missionary journeys, see Doubting Thomas’ “passage to India.”

For more on “Quasimodo Sunday,” see The Bible – Lectionary Musings and Color Commentary.

Re: I Saw the Light.  According to Wikipedia, this was a “country gospel song written by Hank Williams.”   While Williams’ version “did not enjoy major success during its initial release,” it was “soon covered by other acts and with time became a country gospel standard.”

The lower image is courtesy of Christian mysticism – Wikipedia, the free encyclopedia.