“The Virgin Mary in prayer” – by Giovanni Battista Salvi da Sassoferrato – circa 1650. 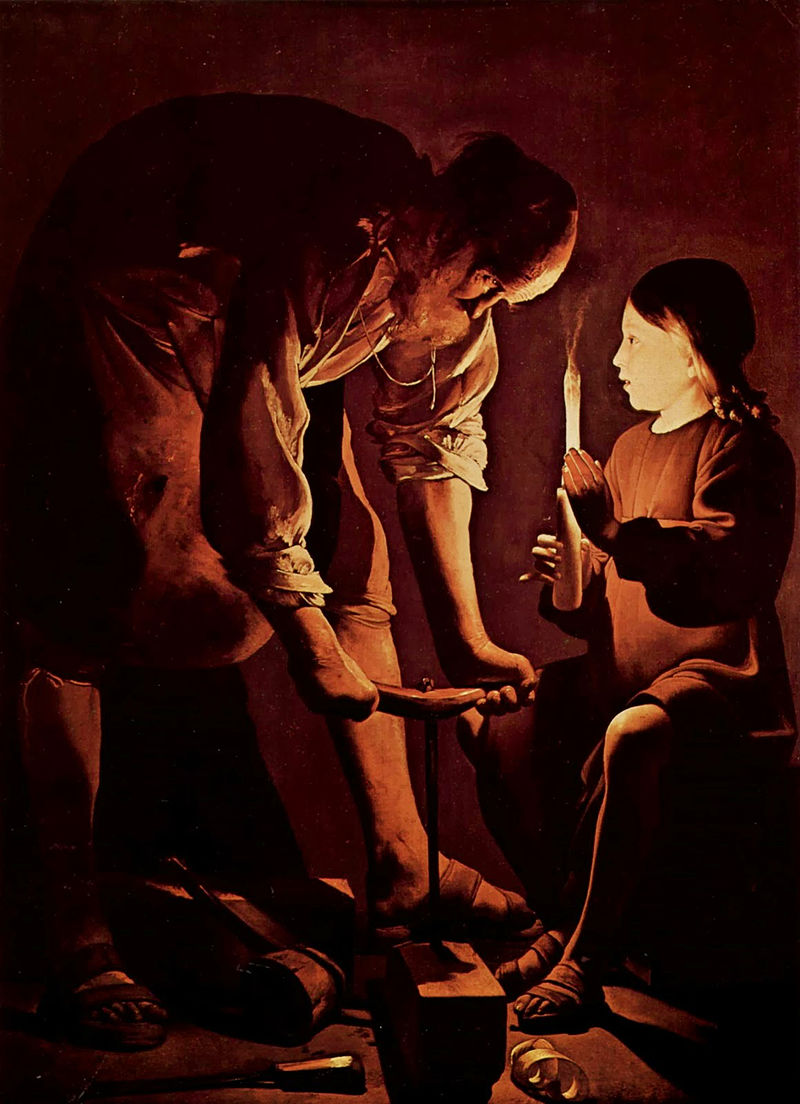 We have two major feast days coming up.  On Wednesday, May 31, we remember the Visitation of the Blessed Virgin Mary.  (As it’s formally known.)  See also Visitation – Wikipedia, and On the Visitation – 2016.  (That post featured the image at left, of Jesus as a young boy, holding a candle for His father, Saint Joseph.)

Then on June 4 we celebrate the Day of Pentecost.  It’s also known as Whitsunday, for reasons explained further below.

Pentecost [as] described in Acts “was a momentous, watershed event..”  For the first time in history, God had empowered “all different sorts of people for ministry.  Whereas in the era of the Old Testament, the Spirit was poured out almost exclusively on prophets, priests, and kings,” on Pentecost the Holy Spirit had been given to “‘all people.’  All would be empowered to minister regardless of their gender, age, or social position.”

But aside from empowering “all people” to  be ministers of the Church, that “yet another name” for Pentecost is Tongue Sunday.  For one thing there were the “tongues of fire” that appeared that day, as noted in Acts 2:3:  “They saw what seemed to be tongues of fire that separated and came to rest on each of them.”  Then too there was the “talking in strange languages.”

Some witnesses to that first Pentecost took the talking-in-strange-languages to  be “drunken babbling.”  (On the part of the members of this new sect – the early Christian Church.)  But as Isaac Asimov  made clear, they were speaking “in concrete, known languages.  As a result, people from a host of different nations could understand them.”  Or as told in Acts 2:4,  “All of them were filled with the Holy Spirit and began to speak in other tongues as the Spirit enabled them.“

On the other hand, these days “Glossolalia is practiced in Pentecostal and Charismatic Christianity as well as in other religions,” as shown above right.  On the “other other hand,” some Christians feel this kind of fervor misses Jesus’ point entirely.  (And actually drives potential converts away rather than bringing them into the Church.  See e.g. On snake-handling “redux,” which includes the image below left, with the caption:  “The snake handler on the right” – whose nickname could well be “Stumpy” – “is arguably taking Mark 16:18 “out of context…” )

Or as was stated in Luke 24:45, “Then He [Jesus] opened their minds so they could understand the Scriptures.”  (It seems “close-mindedness” is a key part of such a too-literal reading of the Bible, as discussed in the notes.  See too Ascension Day 2017 – “Then He opened their minds.”)

But getting back to Whitsunday.  Wikipedia said this alternate term for Pentecost is a contraction of of the term “White Sunday.”  As to why it was called that, one theory says that shortly after the Norman Conquest, the Old English word white (“hwitte”) began to be confused with the word “wit or understanding.”  Another theory says the “name derives from the white garments worn by catechumens,” those to be “baptised on that Sunday.”  Yet another theory:  The young women of England all came “to church or chapel in new white dresses on that day.”

Whatever the reason, “As the first holiday of the summer, Whitsun was one of the favorite times in the traditional calendar and Whit Sunday, or the following week, was a time for celebration.”  As such this religious feast day has been superseded by Memorial Day, which It marks the “unofficial start of the summer vacation season.”  (“Labor Day marks its unofficial end.”)

Either way, the upcoming week is a great time to remember the heroic deeds of the past…

“A typical Western image of the Pentecost…”

(By Italian artist Duccio di Buoninsegna, in the year 1308…)

The upper image is courtesy of the Marian perspectives link at Mary, mother of Jesus – Wikipedia.  The caption:  “The Virgin in Prayer, by Sassoferrato, c. 1650.”  (Or in the alternative:  “Jungfrun i bön (1640-1650). National Gallery, London.”)  It image was featured in On the Visitation – 2016.  As indicated above, for further information on Pentecost see Ascension Day and Pentecost – 2016, On the readings for Pentecost (6/8/14), and On Pentecost – “Happy Birthday, Church!”

The lower image is courtesy of the Wikipedia article on Pentecost.  And re:  Duccio di Buoninsegna: Born about 1250 and died about 1318, Buoninsegna was “considered to be the father of Sienese painting and, along with a few others, the founder of Western art.”  As to the year 1308, among the few notable events that we know of:  “January 25 – King Edward II of England marries Isabella of France.  They are both crowned a month later (on February 25).”  And on October 13 – “Walter Reynolds is consecrated Archbishop of Canterbury, in England.”