(Here’s a news flash:  I just published a new e-book, “’There’s No Such Thing as a Conservative Christian:’  and Other Such Musings on the Faith of the Bible.”  It’s now available at the Amazon.com: Kindle Store.  I’ll be writing more about it in my next post, “Announcing a new book.”  And here’s a clue:  This post comes at the end of the book, as Chapter 27, followed by an “Afterword.”

And now back to the meat of this post, on Garritroopers … in the “Army of Christ.”)

Suppose our all-volunteer Army had only one option for a new soldier:  The chance to be a “Grunt” his whole career.  Or worse, a career doing only KP duty.  (Shown at left.)  I’d bet they wouldn’t too get many recruits.  And as to that first term:

“[G]runt” is slang for an infantryman or foot soldier.  It is thought that this term arose during the Vietnam War [in 1969.  But since] around 1900, “grunt” has been a word for a low-level worker or laborer.  This is the likely origin of the term “grunt work,” referring to a job that is thankless, boring and exhausting but necessary.  There is no record of how this word became applied to infantrymen though it is indisputable that infantrymen often engage in grunt work.

As to “KP,” that refers to work “assigned to junior U.S. enlisted military personnel.”  Such work includes tedious – but necessary – chores like “dish washing and pot scrubbing, sweeping and mopping floors, wiping tables, serving food on the chow line.”  (On a related note, see Acts 6:2:  “The Twelve Disciples summoned the whole company of the disciples and said, ‘It would not be right for us to give up preaching the word of God to wait on tables.'”)

But “waiting tables” – or doing Grunt Work – are just about the only career options offered up by conservative Christians – in their “Army of Christ.”  (As in 2 Timothy 2:3:  “Endure hardness, as a good soldier of Jesus Christ.”)  Or Christian Fundamentalists, who arguably spend their “Army careers” going over and over the same basics they learned back in boot camp.  (See also Oxford Dictionaries, defining a grunt as a “low-ranking or unskilled soldier or other worker.”) 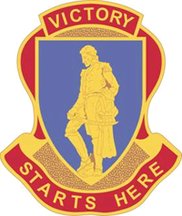 But there is an alternative.  When you join the real “Army of Christ” you don’t have to spend your  career going over the basics, going over the “fundamentals” again and again.

In plain words you don’t have to stay a “Fundamentalist.”  You aren’t locked in to re-learning the Five Fundamentals over and over.  Instead – just like the U.S. Army – after boot camp you have the option to go on to “Advanced Individual Training.”  And some of those “advanced jobs” are pretty exciting.

Like training at the U.S. Army Airborne School, as shown in the photo at the bottom of the page.  From there you can go on to training that is exciting – if not dangerous –  like learning to “guide troops through hostile territory.”  And what hostile territory we Christians face these days.  (Not least of which, danger from those who are supposed to be fellow Soldiers of Christ.)

You can see more about these exciting alternatives in the INTRODUCTION above.  About how reading the Bible with an open mind can open up “a whole new world” – or a whole new continent – like what happened after Lewis and Clark opened up the American West:

“So, are you ready for your own Great Exploration!!??”

Which brings us back to real soldiers in the Army of Christ, as opposed to “garritroopers.”  An example of such a soldier is shown at the top of the page, drawn up by Bill Mauldin during World War II:  “Too far forward to wear ties an’ too far back to get shot.”  But “getting shot at” – metaphorically or otherwise – is just what a real Soldier of Christ signs on for in his career.

On that note see what is a garet trooper? | Yahoo Answers (on an alternative spelling):

“He was the guy with spit polished boots and clean fatigues that never left the base.  Never at risk, never responsible for his decisions, always looking good and then went home and claimed heroic actions anyway.”

And in yet another spelling, the word “Garrett” – as in “trooper” – is said to come from an old army word for barracks.  So a “Garrett trooper” is one who hangs around the barracks.

However – since “hang around the fort” has a negative connotation – the better term could be “hold down the fort Christians.”  Which is of course a highly necessary task.

Someone has to do it.  Or more precisely, some soldiers of Christ are properly charged with maintaining “a secure position,” or maintaining the “proper functioning of some situation or place … typically during someone’s absence.”  But such soldiers err greatly when they say all Soldiers of Christ must be exactly like them.  When they say that all Christians must focus exclusively on “holding down the fort,” rather than getting away from the fort and getting on with the job of a real soldier:  “One who fights as part of an army.”

And as to those soldiers who insist on focusing only on “holding the fort,” see Wikipedia:

In most armies use of the word “soldier” has taken on a more general meaning due to the increasing specialization of military occupations that require different areas of knowledge and skill-sets.  [For examples, see the notes.]

In the same way, God seems to have appointed some too-literal Christians to “hold down the fort,” while others He appointed as rangers, scouts, “recon,” or perhaps even Pathfinders:

The modern U.S. Army Pathfinders are an elite force making up less than .01% of the total Army.  Their primary mission is to infiltrate areas and set up parachute drop zones and helicopter landing zones for airborne and air assault missions.

As a good soldier in the Army of Christ, you do have the career option of expanding your horizons, and/or testing your limits.  And who knows?  You might even find yourself jumping out of a perfectly good airplane.  (Metaphorically or otherwise…) 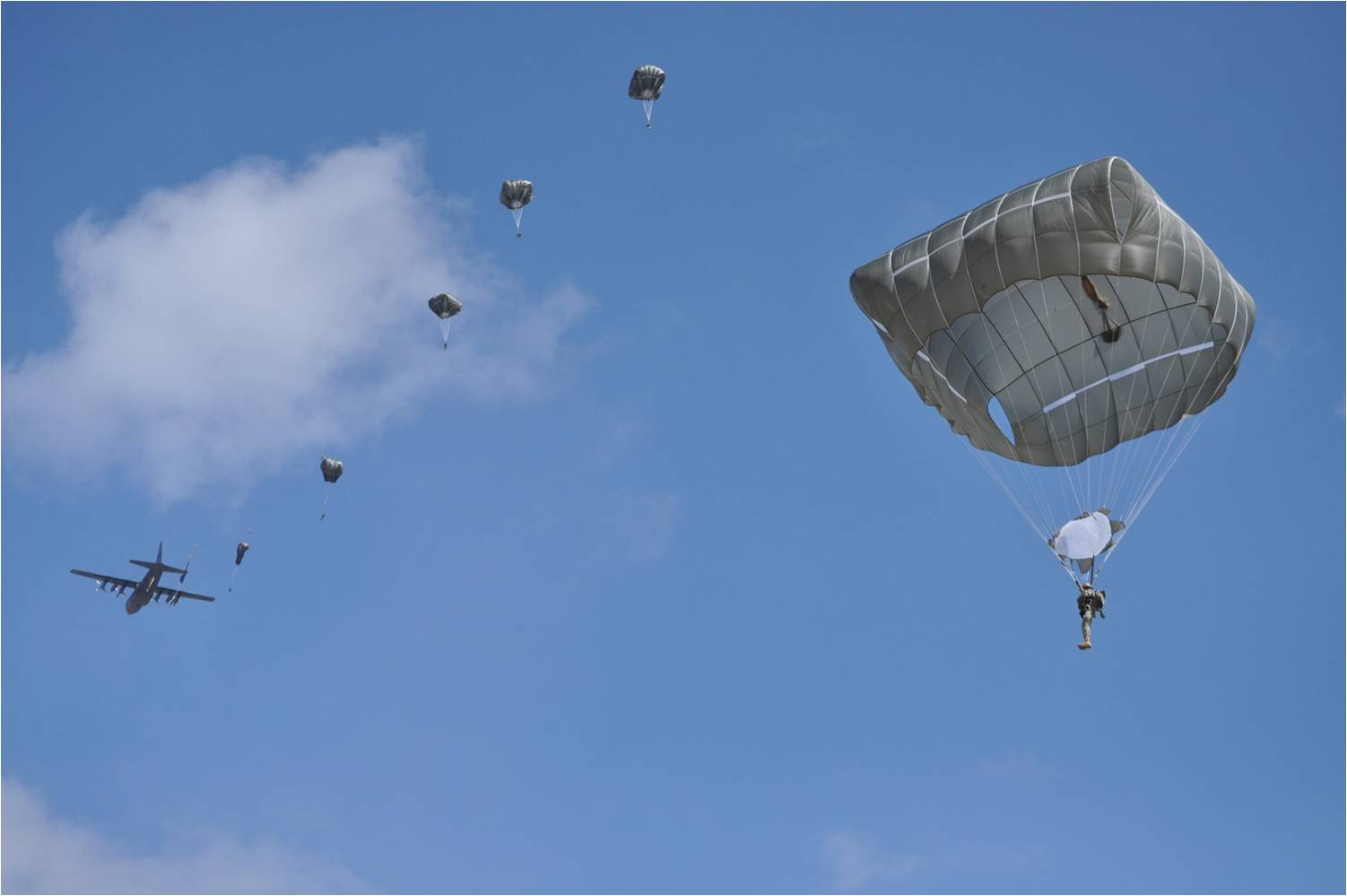 The KP duty image is courtesy of Wikipedia.  The caption:  “A U.S. Navy sailor working in galley duty aboard the USS Saratoga in March 1986.  (In a bit of artistic license.)

Re:  “Soldier of Christ.”  See also 2 Timothy 2:4.  In the King James Bible – the one God uses – “No man that warreth entangleth himself with the affairs of this life;  that he may please him who hath chosen him to be a soldier.”  Likewise the “endure hardness, as a good soldier of Jesus Christ” quote is from the King James Bible.  And see Ephesians 6:11, vis-a-vis the Armor of God, explained in Wikipedia:  “This armor seems to be in direct correlation of that of the Roman Empire‘s soldiers,” at the time.

Also, I originally thought to compare non-conservative Christians – like me – to officers in the Army of Christ, but that was too much of a stretch.  (Given the present plethora of bishops, priests, deacons, and of course a Pope whose authority few Protestants recognize.)  Then too there was the matter of “thinking too much of yourself,” contrary to the authority of Luke 14:9-11:

“When someone invites you to dinner, don’t take the place of honor.  Somebody more important than you might have been invited by the host.  Then he’ll come and call out in front of everybody, ‘You’re in the wrong place.  The place of honor belongs to this man.’  Red-faced, you’ll have to make your way to the very last table, the only place left.  When you’re invited to dinner, go and sit at the last place.  Then when the host comes he may very well say, ‘Friend, come up to the front.’  That will give the dinner guests something to talk about!  What I’m saying is, If you walk around with your nose in the air, you’re going to end up flat on your face.  But if you’re content to be simply yourself, you will become more than yourself.”

These bands [of Native Americans] lived next to the agencies and tried to live like members of the dominant [white] culture, [and] were rewarded by receiving the best and most of government aid…  Those who were adopting the dominant culture’s ways became the “hang-around-the-fort Indians,” and that term became a contemptuous epithet used by those who were trying to live the traditional ways of the Lakota culture.

See also Irony – Wikipedia, and George Blake, Hang Around the Fort Injun:  Re the term “used among Indians during the Reservation Era to refer to those who were perceived as spending too much time near military encampments, pandering to the U.S. military and becoming involved in white affairs.”