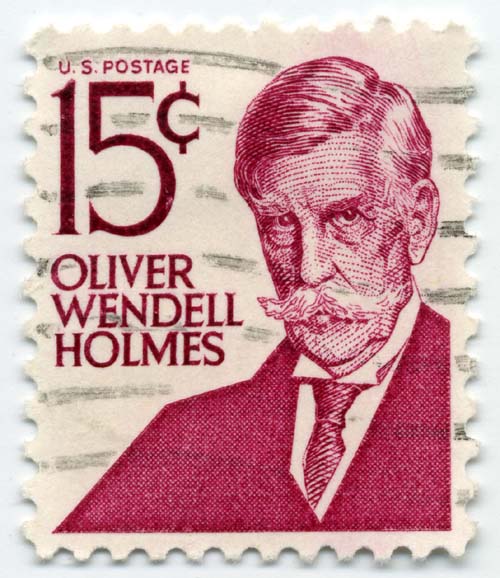 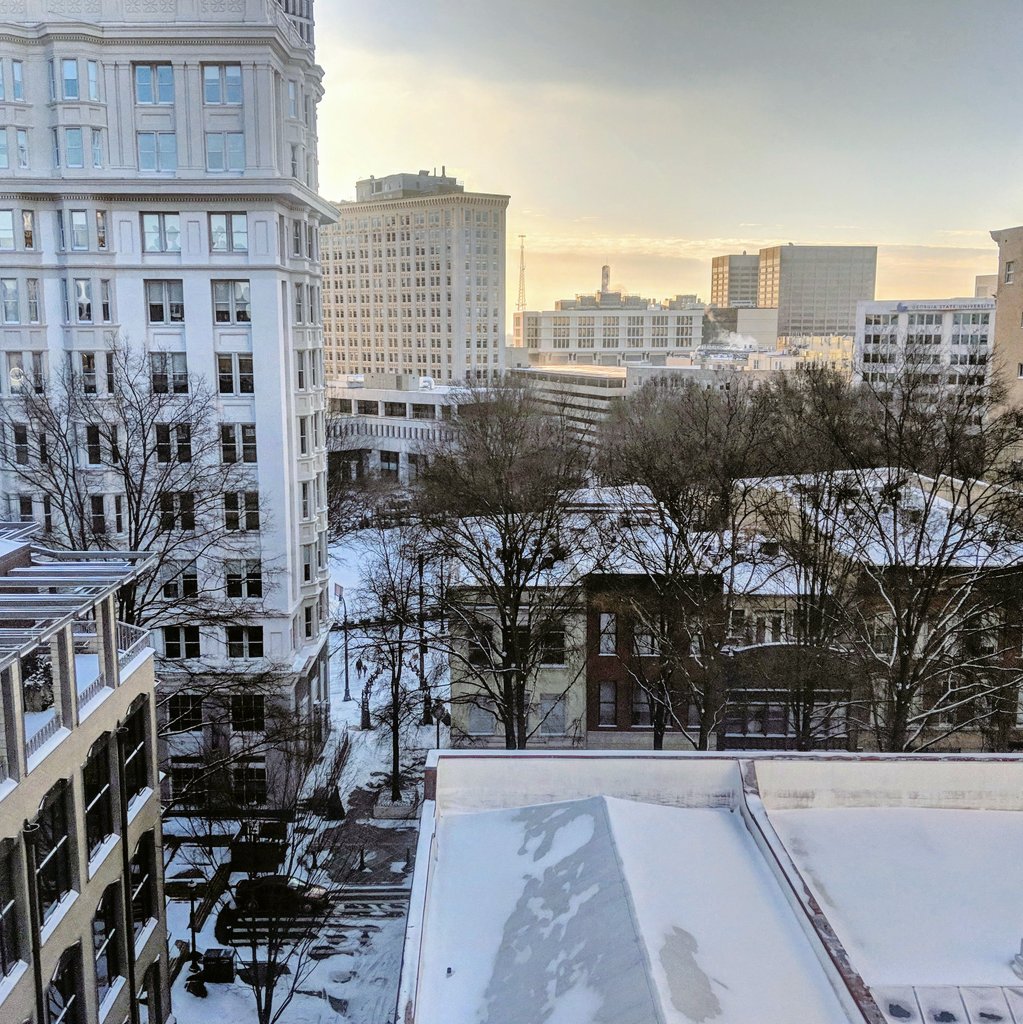 And just to catch you up, last Saturday,  January 13, was the Feast Day for St. Hilary.  See last year’s On Hilary – 1″L,” and HE was a bishop.  An aside: “Hilary’s parents were pagans – ‘of distinction.’  And he was said to have had a ‘good pagan education, which included a high level of Greek.'”  He went on to convert to Christianity, and ultimately became the Bishop of Poitiers.  (A city 210 miles southwest of Paris.)

But after that Hilary ran afoul of both church and secular authorities.  He backed the wrong side in the Arian controversy, and for that the Emperor Constantius II sent him into exile for four years.  But he put those years to good use.  In fact, his “dissents” became so persuasive that they were ultimately adopted as the “majority opinion.”  (So to speak.)

In that he was not unlike Supreme Court justice Oliver Wendell Holmes, Jr., at right.  His “dissents were often prescient and acquired so much authority that he became known as ‘The Great Dissenter.’”

Anyway, Hilary – 1″L” concluded that sometimes God’s work means being “a disturber of the peace.”  (See Pastor denounces Trump’s ‘s–thole’ comments with red-faced Vice President Mike Pence in the pews.)  Which brings up a book from 15 or so years ago, getting my Master’s degree in Journalism:  From Yahweh to Yahoo!: THE RELIGIOUS ROOTS OF THE SECULAR PRESS.  The Amazon review said this:

{The book} provides a fresh and surprising view of the religious impulses at work in the typical newsroom…  Doug Underwood argues that American journalists are rooted in the nation’s moral and religious heritage and operate, in important ways, as personifications of the old religious virtues.

As a quasi-journalist I tend to agree.  And add that the same can apply to bloggers.

The “comfortable” were the fat cats in business and politics who were dabbling in crime and corruption behind the scenes.  The journalists saw their dual role in the media as both comforting the victims of corruption and also calling the sleazy fat cats to account for their crimes.

And while the phrase doesn’t appear in the Bible, “the concept of God comforting the afflicted and afflicting the comforted is thoroughly Biblical.”  See for example, Psalm 18:27, which in the NLT says of God:  “You rescue the humble, but you humiliate the proud.” 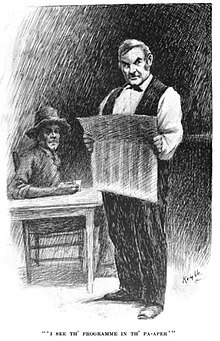 For another look at the link between reporters and real Christians, see the original “Mr. Dooley.”  He was the “fictional 19th century Irish bartender” created by Finley Peter Dunne.  See Poynter:

(Emphasis added.)  Dooley was clearly being hyperbolic, but there are similarities.  Which is pretty much what Doug Underwood said in Yahweh to Yahoo!

Which brings us back to today’s Snow Day.  I’d found my copy of Yahweh to Yahoo earlier, and when I picked it up this morning, I found the back flap inserted between pages 276-77.  (A sign from God?)  The first sentence atop page 276:  “Journalists are highly attuned to hypocrisy, and their disgust at the discrepancy between what is preached and what is practiced among [some] religious folk can quite high.”  And note that I inserted the word “some” before “religious folk.”

I did that for a reason, expressed more fully in June 2014’s On “holier than thou.”  The gist of the post:  There are a lot of “prevailing quacks” in the Christian church.  The problem?  Such Bible literalists – who never go “beyond the fundamentals” – are both giving the rest of us a bad name and driving possible converts away in droves.  (Not to mention cheating themselves.)

And that post included a quote from H. L. Mencken, in his Minority Report:

The only way that democracy can be made bearable is by developing and cherishing a class of men [ – people – ] sufficiently honest and disinterested to challenge the prevailing quacks.  No such class has ever appeared in strength in the United States.  Thus, the business of harassing the quacks devolves upon the newspapers.  When they fail in their duty, which is usually, we are at the quacks’ mercy.

The point of all this is that the right of dissent  – considering different points of view – is crucial to both personal spiritual growth and a healthy democracy.

For example, it was once said to be “contrary to Scripture” that the earth revolved around the sun.  But as I noted in Moses and Paul “dumbing it down,” the dissent finally prevaiied:

It was never ‘contrary to Scripture’ that the earth revolved around the sun.  It was only contrary to a narrow-minded, pigheaded, too-literal reading of the Scripture…” 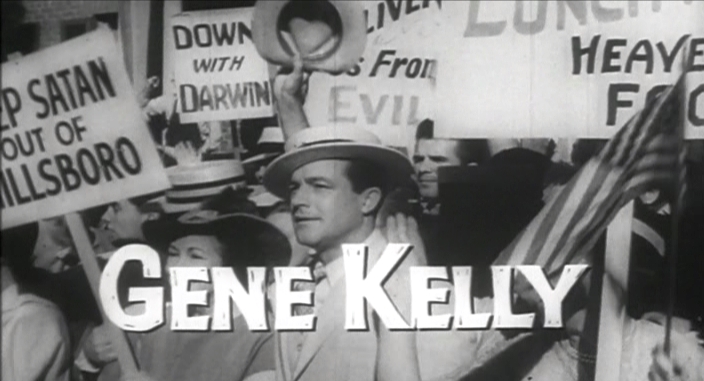 Re:  Holmes as “the Great Dissenter.”  See Amazon, The Great Dissent: How Oliver Wendell Holmes Changed His Mind – and Changed the History of Free Speech in America.  But there are other claimants to the title.  See for example John Marshall Harlan – Wikipedia, Norman Thomas: The Great Dissenter – amazon.com, and International Civil Rights: Walk of Fame – Thurgood Marshall.  Marshall – the first black Justice – “became known as ‘the great dissenter’ for his vigorous opposition to majority Supreme Court decisions he believed violated human and civil rights.”  As for Harlan:

He was known as “the Great Dissenter” [as] the lone justice to dissent in one of the Supreme Court’s most notorious and damaging opinions, in Plessy v. Ferguson in 1896.  In arguing against his colleagues’ approval of the doctrine of “separate but equal,” John Marshall Harlan delivered what would become one of the most cited dissents in the court’s history.

The point being that “dissent” is essential to spiritual growth, for both persons and communities.  But see also Right to dissent legal definition:  While some on the Supreme Court have said  freedom of speech is absolute, most Americans agree with Justice Holmes:  The Constitution allows some restrictions under some circumstances.  See Shouting fire in a crowded theater.

The Jews then said to him, ‘What sign can you show us for doing this?’   Jesus answered them, ‘Destroy this temple, and in three days I will raise it up.’   The Jews then said, ‘This temple has been under construction for forty-six years, and will you raise it up in three days?’  But he was speaking of the temple of his body.  After he was raised from the dead, his disciples remembered that he had said this; and they believed the scripture and the word that Jesus had spoken.

The point there is that in saying “destroy this temple,” Jesus didn’t mean to be taken literally, but figuratively>  And that pretty much goes along with the major theme of this blog.

The lower image is courtesy of Inherit the Wind (1960 film) – Wikipedia.  The caption:  “Gene Kelly as Hornbeck.”  The cast list included this note:  “Gene Kelly as E. K. Hornbeck of the Baltimore Herald (patterned after Henry L. Mencken).”  In fairness I add this:

[T]he film engages in literary license with the facts…  For example, Scopes (Bertram Cates) is shown being arrested in class, thrown in jail, burned in effigy, and taunted by a fire-snorting preacher.  William Jennings Bryan (Matthew Harrison Brady) is portrayed as an almost comical fanatic who dramatically dies of a “busted belly” while attempting to deliver his summation in a chaotic courtroom.  The townspeople are shown as frenzied, mean-spirited, and ignorant. None of that happened in Dayton, Tennessee during the actual trial.