Before the events of the first Pentecost … there were followers of Jesus, but no movement that could be meaningfully called “the church.”  Thus … Pentecost is the day on which the church was started.  This is also true from a spiritual perspective, since the Spirit brings the church into existence and enlivens it.  Thus Pentecost is the church’s birthday.

Pentecost also marked a big change in the idea of “Ministry.”  In the Old Testament, “the Spirit was poured out almost exclusively on prophets, priests, and kings.”  But starting with Pentecost, God recruited “all different sorts of people for ministry.”  That is, the Holy Spirit – the spirit of ministry – now became available to anyone and everyone:  “All would be empowered to minister regardless of their gender, age, or social position.”

Thus the first Pentecost was indeed a “momentous, watershed event.”

Incidentally, the word “Pentecost” comes from the Greek for “the 50th day,” and it’s always celebrated 50 days after Easter Sunday.  (That’s “seven weeks plus one day.”)

Trinity Sunday … is one of the few celebrations of the Christian Year that commemorates a reality and doctrine rather than a person or event…   The Trinity is one of the most fascinating – and controversial – Christian dogmas.  The Trinity is a mystery.  By mystery the Church does not mean a riddle, but rather the Trinity is a reality above our human comprehension that we may begin to grasp, but ultimately must know through worship, symbol, and faith.  It has been said that [this] mystery is not a wall to run up against, but an ocean in which to swim.

(Emphasis added.)  In other words, the Trinity as a concept is so difficult to understand that even a smart guy like Thomas Jefferson couldn’t do it.  But while Jefferson referred to the Doctrine of the Trinity as a “Three-headed Monster,” I prefer the metaphor of “an ocean in which to swim.”  (For a long, long time – and ultimately the rest of your Christian pilgrimage on this earth.)

It also seems to me that – while Jefferson was really smart – he fell into the “common error of thinking that he could ever really understand everything there is to know about God.”

But as noted above, “the Trinity is a reality above our human comprehension.”  It’s a reality that we can only begin to grasp.  The same seems to be true of much of the Bible, and especially the “mystical” parts.  (Which may be why some choose “literalism.”  It’s ever so much easier…)

That brings up the Gospel for May 27, John 3:1-17.  There Jesus had a talk with a “Pharisee named Nicodemus, a leader of the Jews” who was really a “Christian,” but secretly.  And even a smart guy like Nicodemus – shown at right talking with Jesus – didn’t understand the idea of being “born again.”

His problem?  He took Jesus’ words too literally:  “Nicodemus said to Him, ‘How can anyone be born after having grown old?  Can one enter a second time into the mother’s womb and be born?’”

Jesus answered him, “Are you a teacher of Israel, and yet you do not understand these things?
…  If I have told you about earthly things and you do not believe, how can you believe if I tell you about heavenly things?“

Which goes to show that reading the Bible too literally can only take you so far in your spiritual journey.  As Jesus Himself noted, the Bible includes many realities that are simply above our human comprehension:  “How can you believe if I tell you about heavenly things?”

See also the end of John, John 21:25, which said there were many other things Jesus did, “which if they were written in detail, I suppose that even the world itself would not contain the books that would be written.”  (Also there’s Ecclesiasticus 42:17, the Old Testament DOR for the Eve of Trinity Sunday:  “The Lord has not empowered even his holy ones to recount all his marvellous works.”)  Which just goes to show there’s more to the Bible than meets the eye. 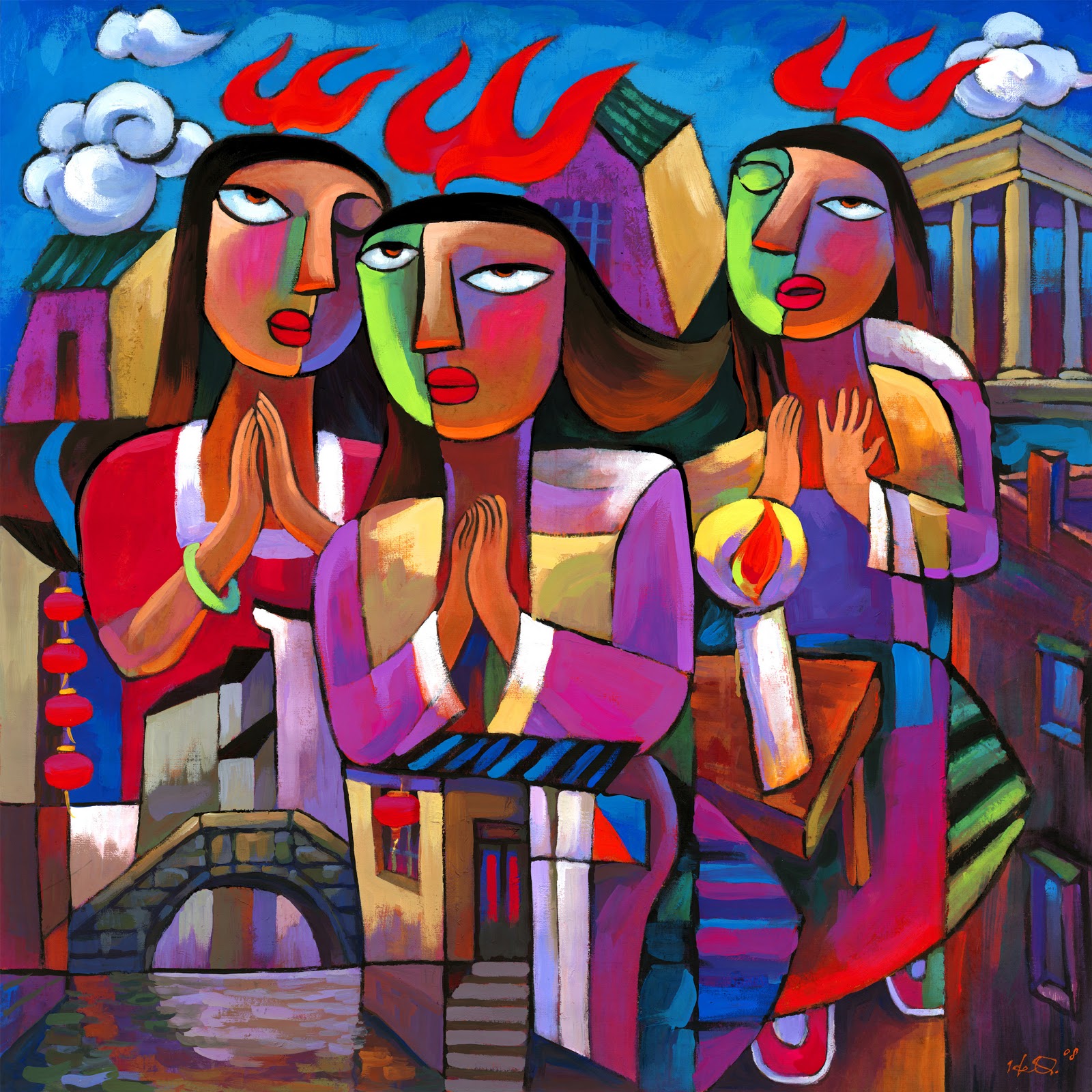 Pentecost is also called “Tongue Sunday,” for the “tongues of fire” that appeared that day, as noted in Acts 2:3.  Also for “speaking in tongues” – also known as glossolalia – noted in Acts 2:4, “All of them were filled with the Holy Spirit and began to speak in other tongues as the Spirit enabled them.“ Third, Pentecost marks the beginning of “Ordinary Time” – as it’s called in the Catholic Church – and shown in the chart at left.  Such “Ordinary Time” takes up over half the church year.  In the Episcopal Church – in the Anglican liturgy  – the Season of Pentecost begins on the Monday after Pentecost Sunday and goes on “through most of the summer and autumn.”  It may include as many as 28 Sundays, “depending on the date of Easter.”

As to Whitsunday: The name is a contraction of “White Sunday.”  In English “the feast was always called Pentecoste until after the Norman Conquest, when white (hwitte) began to be confused with wit or understanding.   [In] one interpretation, the name derives from the white garments worn by catechumens, those expecting to be baptised on that Sunday…  A different tradition is that of the young women of the parish all coming to church or chapel in new white dresses on that day.

Re:  “Ecclesiasticus.”  That book – not to be confused with Ecclesiastes – is also called the Wisdom of Sirach.  And the “book itself is the largest wisdom book from antiquity to have survived:”

Sirach is accepted as part of the Christian biblical canons by Catholics, Eastern Orthodox, and most of Oriental Orthodox. The Anglican Church does not accept Sirach as protocanonical, and says it should be read only “for example of life and instruction of manners; but yet doth not apply them to establish any doctrine.”

The lower image is courtesy of The Good Heart: Holy Spirit Coming (Painting by He Qi):

“A genuinely good heart is a heart that is open and alight with understanding.  It listens to the sorrows of the world.  Our society is wrong to think that happiness depends on fulfilling one’s own wants and desires.  That is why our society is so miserable…”

See also He Qi « Artist:  “One could say that among other things his paintings are a celebration of colour.  The style of his work is iconic, and [his] images are strong but gentle.”